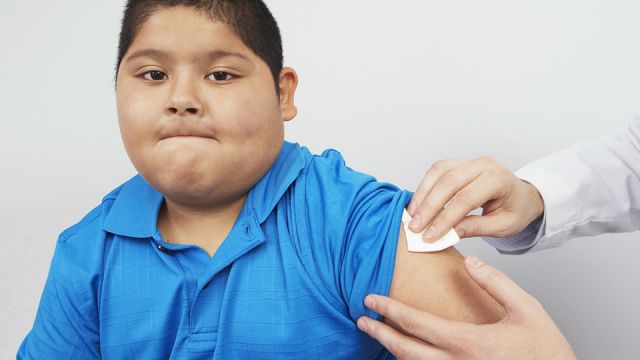 By the time your child reaches their mid-30s, there’s a good chance they’ll be obese. And while experts agree that a lack of exercise and poor nutrition are the key to obesity, there could be another factor at play. Could doctors be to blame? More precisely, are doctors actually encouraging weight gain by using biased, fat-shaming words to “motivate” patients?

Childhood obesity is a serious problem in the U.S., says the U.S. Centers for Disease Control and Prevention (CDC). Twenty percent of American children aged 6 to 19 years are obese. And, not surprisingly, the percentage of children with obesity in the U.S. has more than tripled since the 1970s.

A project launched by the “Childhood Obesity Intervention Cost-Effectiveness Study” (CHOICES) is working to help reverse the U.S. obesity epidemic. The obesity epidemic has been well-documented in children and adults. However, less is known about the long-term risks facing obese children as they reach adulthood.

Most American kids will grow up obese

The study, published in the New England Journal of Medicine, actually pooled height and weight data from five studies, which included about 41,500 children and adults. Through a computer simulation, researchers created one million “virtual” children up to the age of 19, living in the year 2016. They then projected their growth in height and weight up to the age of 35 years.

Researchers found that the majority of children growing up in America today will be obese by their mid-30s. And that childhood obesity will continue to be a major health problem in the U.S.

But are doctors doing enough to help treat the obesity epidemic? An epidemic that not only increases the risk of heart disease and diabetes, but one that can also shorten life expectancy by eight years? Well, when it comes to treating their overweight patients, it seems that America’s doctors may actually be encouraging weight gain.

Exercise and nutrition may not be enough

How doctors communicate weight concerns to their patient might actually be contributing to the obesity epidemic. Sound farfetched? Not really. Research by the American Academy of Pediatrics (AAP) found that although health care professionals continue to seek effective strategies and resources to address the obesity, they also frequently exhibit weight bias and stigmatizing behaviors towards children who need to lose weight.

Yes, exercise and good nutrition are the foundation for optimal health, but a positive attitude also contributes to weight loss. If your overweight child is continually being bullied and ridiculed for their weight, it creates barriers that prevent healthy changes to transpire.

Shame will not motivate your child to lose weight

More children in the U.S. suffer from obesity than from any other chronic condition. And with obesity, comes a stigma. In fact, the APP suggests that kids who are overweight and stigmatized are more likely to be bullied, which results in an increased susceptibility to depression, anxiety, substance use, low self-esteem and poor body image. But somehow, it’s tolerated by not only peers and family members but by teachers, the media and… doctors too.

The belief is that by fat-shaming a child to lose weight it will motivate them to act. But, in fact, the opposite is true. According to research, rather than motivating positive change, fat-shaming, embarrassing and chastising a child only contributes to behaviors such as binge eating, social isolation, less physical activity and avoiding health care services. The result increased weight gain, which worsens obesity and further impairs quality of life, especially for youth.

Like AIDS, cancer and alcoholism, obesity is a disease

Doctors have a lot of learning to do about childhood obesity and the science behind it. And they need to improve the clinical setting for overweight children. Many doctors often exhibit weight bias and stigmatizing behaviors on pediatric patients and their families.

Sometimes their biases are so deeply ingrained that they form opinions and make assumptions about their patients just by looking at them and without understanding the whole picture. That can lead to misdiagnosis and disregarding medical concerns. Instead of judging or fat-shaming, doctors need to be empathetic, empowering and motivational.

Many examples throughout the history of public health suggest that disease stigma is a genuine barrier to prevention, intervention and treatment, says the APP. Take for instance HIV/AIDS, various forms of cancer, alcoholism and drug use. These conditions were initially frowned upon as self-inflicted behaviors by weak individuals, which hindered effective treatment. But now that’s all changed. However, when it comes to weight, stigmas still exist.

Be your child’s advocate

Look, we can talk about nutrition and exercise until we’re blue in the face. But until we change our attitude about obesity, nothing will change. It’s really not enough for your doctor to simply tell you your child is obese or fat. These words do nothing except shame a child.

In the end, doctors are only human. They make mistakes like the rest of us. The bottom line is, if you don’t like what your doctor is saying or the assumptions he or she is making, then it’s okay to say, “I’m not sure you’re really hearing me.” Or, “I feel like you’re jumping to conclusions.” You have to be your child’s advocate.