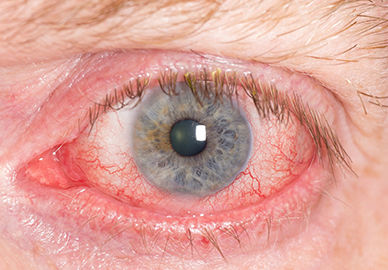 There remains a great deal of confusion around the so-called “healthy” cooking oil called canola. If you are still cooking with canola or eating foods that contain canola, you will want to read this article.

There is no such thing as a naturally occurring plant named canola, but rather a plant that results from the super-hybridization (genetic modification) of the rapeseed plant, which is a member of the mustard family.

The name “Canola Oil,” which stands for “Canadian Oil Low Acid,” was invented because no one would buy a product called “Rapeseed Oil.”

As we reported earlier, oil from the rapeseed plant was originally used as a lubricant for steam engines and as a penetrating oil in the light rail industry. It was not meant for human consumption.

Canola oil is an excellent insecticide, which is registered with the EPA. It is the primary ingredient in many “organic” pesticide products. Vegol Year-Round Pesticidal Oil is 96 percent canola oil.

The product label states: “CAUTION: Avoid contact with skin or clothing.” There is even an Environmental Hazard warning that states: “Do not apply directly to water. Do not contaminate water when disposing of equipment…”

The label warns that if you get the product on your skin, you should rinse with water for 15 to 20 minutes, remove all contaminated clothing and then call poison control or a doctor for treatment advice.

Although canola was not developed using biotechnology, the majority of what is grown today is from genetically modified seed so that it is able to withstand herbicides. In fact, canola oil is one of the most chemically altered foods in the American diet. Almost 90 percent of canola is genetically modified to be resistant to Roundup.

In addition, the omega-3 in canola oil is easily damaged by heat and will become rancid and foul-smelling. Manufacturers deodorize the oil with dangerous chemicals, which changes the omega-3 fat into trans fats.

According to a study that analyzed canola and soybean oils, between .56 and 4.2 percent contain toxic trans fats. Of course, trans fats are insanely harmful and directly associated with a number of serious diseases, especially heart disease…. the number one killer in the world.

This highly refined oil is also void of any real nutrient value – it has no positive nutritional impact on the body. It is also high in oxidized omega-6 fats, and omega-3 fats that we are unable to use. Although omega-6 fatty acids are essential, Americans consume 11-30 times more omega-6 fatty acids than omega-3’s – mostly in the form of partially hydrogenated oils. 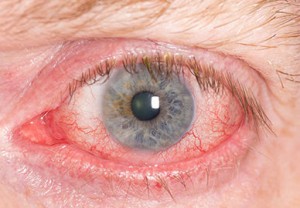 If we consume high amounts of omega-6’s, it may put the body at risk for life-threatening conditions such as cancer, hypertension, diabetes, heart disease, arthritis and a variety of autoimmune disorders.

It is not only heart disease that we should be worried about when using canola oil. Author John Thomas reported in his book Young Again that rapeseed (canola oil) fed to cows, pigs and sheep between 1986 and 1991 in parts of Europe caused the animals to go blind and attack people. When the rapeseed was removed from the diet the
attacks and blindness stopped. The product was banned in Europe in 1991.

So… what oil are we to use

Keep in mind the truth that the closer foods are to their natural state the better they are for us. Any food that has gone through industrial processing has had its personality changed and is no longer recognizable by the body or of much use to it.

Substances that are of no use, such as those that have been denatured or hyper-processed, may also contain dangerous additives or by-products of the refining process.

However, there is one oil that has been used for thousands of years and, in its most natural form, is not only delicious but jam packed with nutrients and therapeutic properties which are garnering the attention of both natural practitioners and mainline physicians alike.

Coconut oil is like no other oil on this planet. Made by by pressing the raw meat of the coconut, this oil, although high in saturated fat, is translated into immediate energy in the body. It is a stable oil that is classified as a “functional food” – meaning that it provides a vast array of benefits beyond its nutritional content.

Along with this energy comes a host of other valuable properties including antimicrobial, antiviral, anti-inflammatory, anticarcinogenic, anti-protozoa and antioxidant capabilities. Coconut oil has been proven to go head to head with the bacteria that cause ulcers, urinary tract infections, throat infections, pneumonia and gonorrhea.

Coconut oil also kills fungus and yeasts that can cause such things as candidiasis, ringworm, athlete’s foot, thrush, diaper rash and other infections. In addition, coconut oil has been used as an effective remedy against tapeworms, lice, giardia and other parasites.

Known quite simply as “the healthiest oil on this planet,” coconut oil is different in composition from other oils – this unique composition is what makes it so effective and healthy.

Most other fats or oils in our diets from both plant and animal sources are long-chain fatty acids (LCFAs). In fact, almost 98 – 100 percent of all fatty acids we consume are LCFAs.

So, you might ask, what is wrong with a LCFA? The issue comes in when we look at how the body responds to the size of the chain. LCFAs are received differently in the body than MCFAs, which are absorbed quickly, transported in the portal blood directly to the liver, and able to be used for energy. In contrast, the longer chain fatty acids are carried through the lymph and are not readily available for energy, but rather stored as fat.

Yes, it does. However, it is healthy saturated fat, and besides, it is actually a myth, all in the name of corporate profits, that saturated fat causes heart disease. The naturally occurring saturated fat that is in coconut oil actually promotes heart health, encourages weight loss, regulates blood sugar and supports thyroid function.

Using coconut oil is as easy as substituting it for your old oil. The rich tropical taste is an added bonus – just be sure you purchase organic virgin coconut oil from a reputable dealer.

Learn 9 more reasons to use Coconut Oil every day (3 of them are shocking).