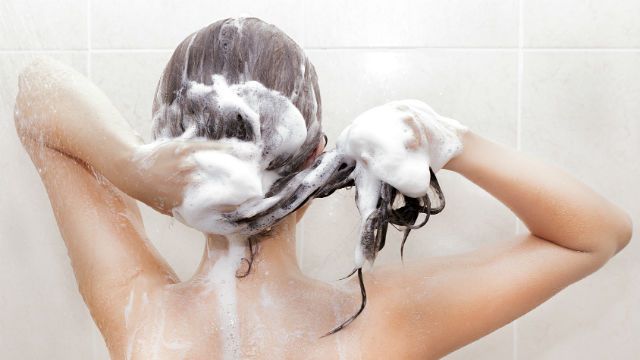 Most of us have quite the assortment of personal care products in our bathroom cabinets. According to a survey by the Environmental Working Group, the average woman uses 12 products containing 168 different ingredients daily, while men use an average of six products with 85 unique ingredients each day.

This means that we are literally bathing, rubbing, lathering and brushing ourselves with dozens of chemicals every day. Nearly all of these potential toxins can penetrate the skin, and some are ingested directly from our lips or hands.

Researchers have found that one in eight of 82,000 ingredients in personal care products are industrial chemicals, including carcinogens, pesticides, reproductive toxins and hormone disruptors.

Why not make some of your own personal care products and reduce the risk of exposing your body to harmful toxins?

Some of the ingredients in toothpaste may actually lead to long-term health problems. Here are just a few to be concerned about.

Fluoride: Fluoride is a by-product of manufacturing iron, aluminum and copper. Although classified as a pollutant, fluoride has been the cornerstone of dentistry for years on the basis that it prevents dental cavities.

However, when 39,000 school children around the United States were studied in the 1980s, it was discovered that there was no real difference between the tooth decay rates of children who consumed fluoridated water and those who did not.

In 1997, the FDA ordered that toothpaste manufacturers put a poison warning on all fluoride toothpaste sold in the United States. People, especially children, who ingest too much fluoride may experience symptoms such as gastric pain, dizziness, flu-like symptoms, vomiting and headaches.

These symptoms may occur with ingestion of only 01.mg to 0.3 mg per kg of bodyweight. Other problems noted with fluoride include skin rashes around the mouth and canker sores.

A study out of the University Indiana reported that rats who received extremely small levels of fluoride developed high levels of blood glucose and decreased levels of insulin.

Triclosan: Triclosan was first put on the market in the late 1960s as a pesticide. Today, it is still used for pesticide applications, as well as in the manufacture of plastics and a number of other industrial processes.

This chemical, which is featured in three quarters of all soaps, deodorants and toothpastes in the US, has been linked to several consequences to human health, including hormonal disruption and allergies.

According to leading health expert Dr. Joseph Mercola, it has also been found to significantly inhibit the function of cardiac and skeletal muscle, at doses equivalent to normal daily use. Furthermore, triclosan has been shown to accumulate in lake sediment, making it a growing environmental concern, as it is so frequently used.

Propylene glycol: This chemical is an active ingredient found in antifreeze and also some brands of toothpaste, where it is used as a wetting agent and surfactant. According to the Material Safety Data Sheets for propylene glycol, it can be readily absorbed into the skin. Long-term exposure to this chemical may cause brain, liver and kidney problems. The Environmental Protection Agency requires workers that handle propylene glycol to wear rubber gloves.

You can make a larger or smaller batch, depending on the size of container you use for storage. Mix the baking soda and coconut oil together until it forms a paste-like consistency, then add the tea tree oil.

Don’t be fooled by fancy stickers and attractive packaging that says words like ‘healthy,’ ‘natural’ and ‘herbal’ – the majority of commercial shampoos, even ones claiming to give you naturally healthy hair, use an array of toxic chemicals. The FDA has very loose regulations on what is allowed to be included in shampoos. Many known carcinogens, and other dangerous substances, are in the mix.

The following are just a few of the commonly-used shampoo additives to watch for:

Parabens: Parabens are preservatives found in many skin and hair care products, as well as an array of cosmetics. Studies have linked them to elevated estrogen levels, hormonal imbalances and cancers.

Methylisothiazoline (MIT): Used in many brand-name shampoos and conditioners, this preservative has been found to cause neurological damage in humans by the National Institutes of Health. It has also been linked to the onset of Alzheimer’s disease, and, perhaps most frighteningly, it has been linked to an increased risk of brain defects in unborn children.

Sodium lauryl sulfate and sodium laureth sulfate (SLS and SLES): These two are surfactants that give shampoos that luxurious lather. Organic shampoos with real, natural ingredients do not foam like the commercial types that we are used to. Along with potentially causing eye and skin irritation, SLS and SLES have been linked to genetic mutations, disruption of the endocrine system and cancer

Baking soda also works wonders as a shampoo. It helps to remove styling product buildup and results in more manageable hair. Wet your hair and sprinkle one tablespoon onto your scalp. Massage it into your roots and rinse just like you would with traditional shampoo.

The very thing that is supposed to protect us from the sun could actually be doing more harm than good. This could be a very sad irony indeed. Here are a few ingredients in popular sunscreen brands that you should be leery of.

Vitamin A: Sunscreen that contains vitamin A or retinol may actually speed the development of skin tumors and lesions when sunlight is present, according to a 2009 study done by the National Toxicology Program.

The Food and Drug Administration published a study in 2011 that concluded the same thing. Since this time, consumer advocates have been urging the FDA to restrict the use of vitamin A in topical products.

Dangerous chemicals: Most of what you find in the store are chemical sunscreens, which may contain from three to six of the following active ingredients: oxybenzone, avobenzone, octocrylene, homosalate, octinoxate and octocrylene.

Almost all products contain avobenzone – the agent for filtering out skin-damaging UVA rays. There is some concern, however, that this substance may break down when exposed to the sun. Other chemicals, such as octocrylene, are often added as stabilizers.

Many ingredients found in commercial sunscreen may disrupt hormones. Animal research also suggests that oxybenzone (found in 80 percent of chemical sunscreen) and octinoxate are toxic to reproductive systems and can interfere with development.

Studies done at the University of Zurich (2010) found sunscreen chemicals in 85 percent of milk samples. Four of the chemicals that were found are commonly used in American sunscreens.

Food and Drug Administration has mounting concerns that aerosol sunscreens can be inhaled during application. Both the propellant chemicals and the nanoparticles of zinc oxide and titanium dioxide (found safe in other forms) worry scientists, who say that these particles are easily ingested.

Although the particles can’t be absorbed through the skin, they can accumulate in different organs in the body once they are ingested. Because they are so small, they can move freely throughout the body, causing problems at the sub-cellular level. What is worse is that the body can’t get rid of them.

Each time the sunscreen nozzle is pressed, these particles are transported some 20 feet in all directions, landing on everything in sight. Everyone in the danger zone gets to breathe in the dangerous particles, even if they don’t want to.

The International Agency for Research on Carcinogens classified titanium dioxide as a “possible carcinogen” when inhaled in high doses as from an aerosol can. As noted, it is very hard for the lungs to clear the tiny particles, which are easily passed into the bloodstream. When these particles penetrate lung or skin tissue, they can cause severe organ damage.

Use caution with loose powder sunscreens as well for the same reason; they contain particles that could end up in the lungs and cause damage.

There are presently no recommendations or guidelines set by the US government regarding the size and characteristics of nanoparticles, to protect from the sun and be safe to users at the same time. As with other personal care products, this is a “caveat emptor” (let the buyer beware) circumstance where consumers must do their own research with regards to safety.

Add the coconut oil, sunflower or jojoba oil and shea butter into a double boiler (you can make your own by placing a Pyrex measuring cup containing the ingredients into a small pot with a few inches of water). Heat gently until the shea butter just begins to melt. Remove from the double boiler and allow to cool slightly.

Wear a mask that covers your nose and mouth to avoid breathing in any fine particles of zinc oxide powder and add it along with optional essential oils to the other ingredients. Stir well to combine and store inside a dark jar; keep refrigerated.

The more you can replace your store-bought personal care products with homemade items using natural ingredients, the better for your health!