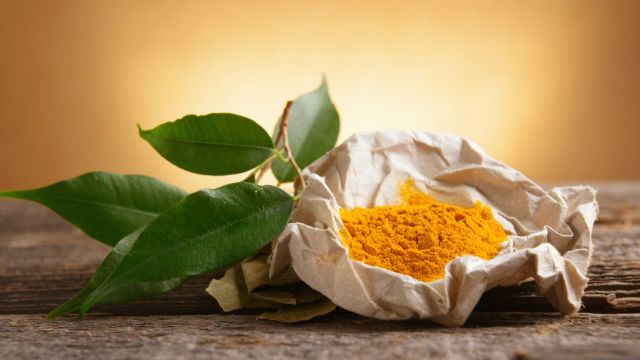 One of the main causes of fall allergies is ragweed – and with the increased effects of climate change, with higher average temperatures and higher levels of carbon dioxide, allergies may tend to hang on longer and be even worse than in previous years.

Ragweed pollen generally lasts from late summer through mid-fall, but in southern areas of the country it can cause problems into the winter months. Outdoor molds as well as other weeds, including sagebrush, goldenrod, sheep sorrel and lamb’s quarters can all cause fall allergies too.

Staying indoors with all the windows and doors tightly shut or turning to medications that generally come with a long list of side effects is probably not something you want to do. Fortunately, there are a several ways to combat fall allergies naturally.

Like many natural remedies, the benefits of apple cider vinegar have not been widely researched or examined in randomized clinical trials as the big drug companies don’t have anything to gain from such a study. And yet this fabulous substance is well-known as one of the best methods of relieving allergies (in addition to offering a wide range of other benefits).

The general recommendation is to dilute 1 to 3 tablespoons of apple cider vinegar in a cup of water, drinking it up to three times a day. The active ingredient in apple cider vinegar is found in what’s known as “The Mother,” which is a cloudy substance that settles at the bottom of the bottle. When purchasing it, make sure to get the unpasteurized, unfiltered, unrefined type that contains “The Mother.”

While there hasn’t been a lot of scientific research performed on the effectiveness of honey, a 2011 study published in the International Archives of Allergy and Immunology did find that patients who were diagnosed with birch pollen allergy were able to reduce 60 percent of the allergy symptoms and decrease the number of days with severe symptoms by 70 percent.

Thousands of people swear by this remedy, but buying just any honey off the grocery store shelf won’t do the trick. It’s got to be local honey as bees produce it by traveling around local plants and gathering local pollen, which is what you’re reacting to when you have allergies. By ingesting local honey, it helps to create immunity to those specific allergens. Unfortunately, it isn’t a quick fix, you’ll need to eat local honey all year round to derive the most benefits.

Turmeric, a popular spice in South Asian and Middle Eastern cooking, can also help battle allergy symptoms. A 2008 study published in Molecular Nutrition and Food Research found that turmeric prevented mast cells from releasing histamine. A number of allergy sufferers have found that taking just a ½ teaspoon of turmeric eliminated their symptoms.

In addition to these natural remedies, there are actions you can take to avoid exacerbating symptoms, like wearing a face mask when raking leaves, when you’re outside on a windy day or between 5 and 10 a.m., when pollen is typically released. Showering more frequently can help remove pollen from your hair and skin, and you should also refrain from hanging clothes outside to dry, use a dryer instead.