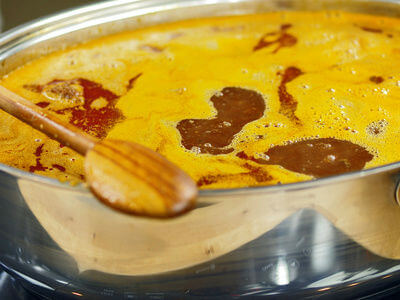 Sure, we know it may not sound like your average breakfast, but flooding your body with the wholesome goodness of bone broth early is a great way to increase energy, promote healing and boost your metabolism.

Bone broth is nothing new; mankind has been surviving on broths made from bone since the beginning of time. Known as a cure-all in traditional households, stock or broth is made from the bones of chicken, turkey, fish or beef, and is the magic elixir that chefs all over the world use in famous soups and sauces.

While you may have thought your grandmother was strange to feed you broth every time you got a sniffle, science validates what grandma already knew: bone broth is good for you. Rich homemade chicken broths contain minerals that are easily digestible including calcium, magnesium, phosphorus, sulphur and silicon.

It also contains the material from cartilage and tendons including chondroitin sulphates and glucosamine – two fairly expensive supplements that a lot of people take for stiff joints and arthritis.

Cooled broth congeals because of the gelatin it contains. The use of gelatin as a healing agent dates back to the ancient Chinese. In 1682 the Frenchman Papin invented the “digestor” which was an apparatus for cooking bones or meat with steam to extract the gelatin.

Gelatin was highly thought of and used to feed the French armies and the homeless all over France. During the siege of Paris, when food was scarce, a doctor named Guerard put his patients on gelatin bouillon with some added fat for survival.

The French are considered leaders in gelatin research and have documented it to be good for peptic ulcers, diabetes, infectious diseases, jaundice and tuberculosis. Francis Pottenger, an American researcher, found that gelatin attracts and hold liquids so it facilitates digestion by attracting digestive juices to the food in the stomach.

Why Bone Broth is Great

# 1 Provides Protein: Sarah Pope, known as The Healthy Home Economist, noted in her Real Food Summit presentation, that when there is plenty of gelatin in the diet, the body’s need for protein from meat is reduced by as much as 50%. This is good news not only for our health but also for our wallet.

# 2 Improves Joint Health: Because of the chondroitin sulphates and glucosamine, many people who drink bone broth on a regular basis report that their joints are limber and arthritic pain is minimized or gone altogether.

# 3 Improves Digestion: If you suffer from digestive disturbances such as diarrhea, constipation, leaky gut food sensitivities or even autoimmune disease, bone broth may help. The intestinal lining that is supposed to be permeable to allow nutrients to flow through often becomes overly permeable due to lifestyle factors such as poor diet, stress, bacterial and fungal overgrowths and long-term contraceptive use.

This leaves huge holes in the lining which allows undigested food particles to slip into the bloodstream. As a result, the immune system starts to attack the food and develops into food sensitivities. This can turn into an autoimmune problem quickly, where your immune system starts attacking your own body. The gelatin in the bone broth patches the excess holes in the gut lining.

# 4 Helps With Detoxification: The liver takes a beating every day. This master organ of detoxification is not built to withstand the toxicity in today’s world. Although it is built to detoxify, its ability to do so is limited by the availability of the amino acid glycine. Bone broth contains a great deal of glycine, and is therefore a great help to the liver. In addition, bone broth is great for your kidneys. 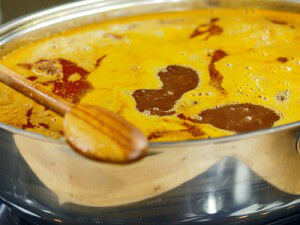 You can easily make delicious homemade bone broth in the crockpot.

Place all of the ingredients into a slow cooker for 12 to 24 hours. Strain when cooled and store in glass jars.