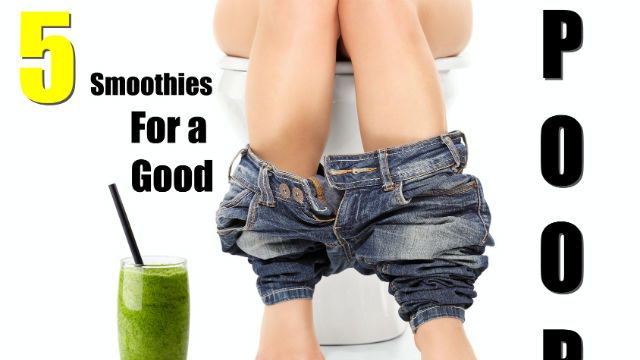 There are some things that make people uncomfortable to talk about… and poop seems to be one of those things. However, paying attention to the nature of your bowel movements is a good way to stay on top of your health.

Is there really such a thing as a good poop? The answer is yes, and we should always strive for the healthiest elimination habits possible. Sometimes, due to things we have eaten, elimination is difficult, while other times it is difficult to stop. Proper digestion and healthy elimination go hand in hand.

Unfortunately, more people than ever before have digestive disturbances – in fact, they have actually reached epidemic levels. This is mostly due to our unbalanced and unhealthy Western diet, and an overabundance of pharmaceutical drugs. Disorders such as constipation, acid reflux, ulcers, Crohn’s disease, irritable bowel syndrome, GERD and celiac disease are more than common.

The quality of your poop has a lot to do with your lifestyle, including the foods that you eat. Drinking healthy smoothies is a fabulous way to rebalance your digestive system and relieve any uncomfortable issues that you may be having with elimination.

If your digestive system is in order, your elimination will be in order. Rather than reach for over-the-counter aids when things go wrong “down under,” try a healthier and safer alternative: a smoothie. No matter what your digestive malfunction is, there is a smoothie to rectify the problem. There is nothing healthier than a fresh smoothie made with whole food ingredients.

For these smoothies, be sure to use organic ingredients whenever possible. This will reduce the chances that your produce is tainted with pesticides, and since organic produce is generally higher in nutrients than conventional produce, it is your best choice. Shelf life of organic produce tends to be shorter, so be sure to only buy the amount you can use.

Even if you don’t suffer from digestive disturbances, you can benefit from this tasty smoothie. It is jam-packed with nutrients that support healthy gut bacteria, promote a strong immune system and keep everything moving with regularity.

If you have a bowel movement less than 3 times a week, chances are you are constipated. Your poops may be small, hard and very difficult to pass, causing you exceptional discomfort. It is important to understand that constipation is a symptom, not a disease.

Over 4 million Americans suffer from frequent constipation. Constipation occurs when the colon absorbs too much water, or if the colon’s muscle contractions are weak. Constipation may also be a symptom of dehydration, lack of fiber, inactivity, medications or irritable bowel.

Nothing is worse than the feeling that you have gained fifteen pounds of bloat. Bloating can occur for any number of reasons, but an unhappy digestive tract is generally the culprit. Along with bloating often comes excessive gas. In addition to switching to a diet that is loaded with fresh, whole foods, drink this smoothie as often as needed to reduce the pressure of bloating.

Okay, so you say that all poop stinks, right? Well, not exactly: some poop smells way worse than other poop. The odor of your poop is really dependent on a number of things, including what you are eating, medications, how long it has been sitting in your colon and possibly the bacterial balance (or imbalance) in your digestive tract.

One way to bring balance back to your gut is to be sure that you are consuming plenty of healthy and organic vegetables and fruits, and very little – if any – processed foods.

Put the ice in the blender first, followed by the other ingredients, and blend well. Drink right away. 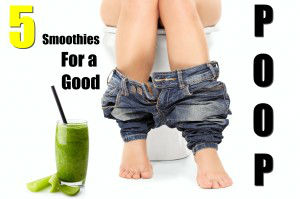 Not only is diarrhea uncomfortable, it can also be embarrassing. No one likes to spend all day in the bathroom if they don’t have to. Most Americans experience at least one bout of acute diarrhea, defined as passing loose stools of one to two days, each year.

Young children are more apt to suffer twice as often as adults, according to the National Digestive Diseases Information Clearinghouse of the National Institutes of Health. While most cases of diarrhea will eventually calm down, you can get your digestive system back on track by consuming plenty of filtered water and a binding smoothie.

Place all ingredients in a blender and blend until smooth. Enjoy your drink right away.

Remember that if your gut is out of order, it is paramount that you look first at what you are putting in your mouth. It could be that the remedy you are looking for is closer at hand than you think.