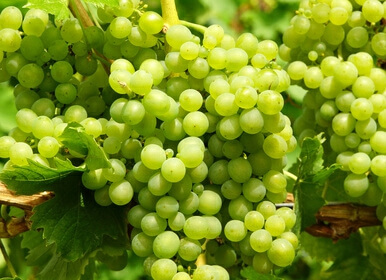 In today’s economy, many families have to cope with a tight food budget, and it’s no secret that organic foods typically cost significantly more than their non-organic counterparts.

While there are ways to save money on organic foods, such as frequenting farmers’ markets, buying in bulk and collecting coupons, it is a reality of many households that they simply cannot afford to buy all-organic, all the time.

For this very reason, collectives such as the Environmental Working Group (EWG) analyze data provided by the Department of Agriculture every year, to determine which common foods have the highest pesticide levels. Our list includes the EWG’s 2013 ‘Dirty Dozen’ foods that have been found to contain the highest concentrations of toxic residues, as well as a few others.

When you have to pick and choose, always select organic for the following foods:

Although most conventionally-grown berries are extensively sprayed with pesticides, strawberries and blueberries are two of the worst. Strawberries have a natural propensity to attract fungus, and as a result, more than 60 different pesticides are used in treating them. Blueberries are not far behind, with over 50 pesticide varieties used.

Spinach is at the top of the list for pesticide-saturated greens, with nearly 50 found in testing. Lettuce contains over 50, and collard greens contain over 45. Kale – a notorious superfood, is also on the list, so make sure to enjoy the many benefits of kale from an organic grower.

A handful of pesticide chemicals have been found in the fat of non-organic meats with moderate to high fat content, such as beef, pork, and fattier cuts of chicken. These include but are not limited to DDT and oxychloradane. Another risk of non-organic meat is the antibiotics and hormones used in animal feed.

One study of teenage girls showed that those who ate the most red meat from hormone-treated animals had a higher risk of breast cancer. Certain bovine growth hormones have also been linked to cancer in humans. 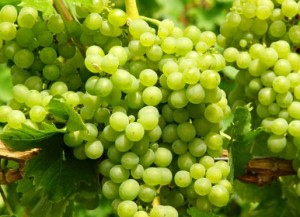 Apples, grapes, peaches, nectarines and cherry tomatoes top the list of most pesticide-laden tree fruits. Studies on apples have revealed over 40 different pesticides. These pesticides also appear in applesauce and apple juices.

Peaches contain more than 60 different chemicals, and imported nectarines sport 33 varieties. Domestic nectarines are slightly lower in chemical content, but are still high on the list. While all non-organic tomatoes have high pesticide content, cherry tomatoes are the worst.

A note on organic apples: Frighteningly, organic apples (and pears) are currently allowed to be treated with antibiotics. These treatments are scheduled to be discontinued in 2014.

Both coffee beans and cacao pods are frequently harvested in countries without strict laws governing pesticide use. For this reason, it is definitely in your best interest to spend a little extra for organic coffee and chocolate products.

Aside from growing your own fruits and vegetables and raising your own animals for food, eating organic is the best way to minimize your exposure to a number of pesticides and other chemical additives. If you are on a tight budget, making sure at least certain key items are always organic could do wonders for your health and the health of your family.