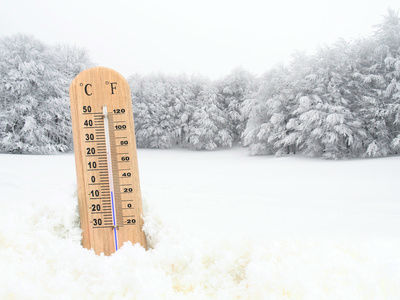 While many people dread the coming of winter and its cold weather, along with the shorter, dark days and fewer fresh fruits and vegetables to be had, those frigid temperatures can actually bring a number of health benefits. Instead of focusing on all of the negative aspects, it may be time to look at the silver lining.

“Brown fat” is a kind of fat found naturally in certain parts of the body. When triggered, it can actually burn off “white fat.” A study out of the Hokkaido University Graduate School of Medicine in Japan recently found that exposure to cold can increase the number and activity of brown fat cells. This type of fat produces heat and is a type of calorie-burning fat that babies use to regulate their body temperature.

We can also burn more calories in the cold due to shivering. It’s actually considered an involuntary form of exercise and increases the metabolic rate by about five times.

One of the drawbacks to summer heat is that there are more bugs. The cold weather is less hospitable to pesky insects as they thrive in milder climates. When the temperatures are freezing, or close to it, many of those disease carrying bugs like mosquitoes and ticks are killed off, giving humans protection from the illnesses they can spread.

A drop in temperature helps to reduce inflammation, similar to the way putting ice on an injury can ease pain and swelling. A 2011 study revealed that athletes were able to recover much quickly from exercise when exposed to extremely low temperatures as compared to other therapies.

A University of Michigan study found that freezing temperatures could lead to a longer life. They discovered that worms exposed to frigid temperatures demonstrated a genetic response that triggers a longer lifespan. The genetic program is also said to exist in warm-blooded animals like humans.

The author of the study, Shawn Xu, PhD, stated, “This raises the intriguing possibility that exposure to cold air—or pharmacological stimulation of the cold-sensitive genetic program—may promote longevity in mammals.”

Without the Cold, Dark Days We Wouldn’t Appreciate the Sunshine

You know that wonderful feeling you get when spring arrives? Those first idyllic days probably wouldn’t lift your spirits as much if you didn’t have to experience all of the colder ones. 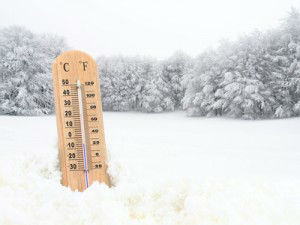 According to Psychology Today, those who experience week after week of sunshine and warm weather are not happier. It’s the unusually beautiful days after a series of dark, cooler days that improve the mood the most.