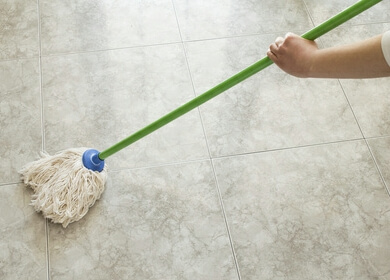 Is there any scientific weight to the “five-second rule,” which states that if you pick up food that you drop on the floor within five seconds, it is still safe to eat? Not really.

While it is true that more bacteria will grow on food the longer it is on the floor, harmful bacteria can attach to food the instant it comes into contact with it.

A study performed at the University of Clemson, South Carolina in 2007 examined whether food left on the floor longer would attract more germs. Results revealed that salmonella, along with other harmful bacteria, stayed on tile, carpet and hardwood flooring for up to four weeks.

Dropped food attracted anywhere from hundreds to thousands of bacteria almost instantaneously. When it was left on the floor for a minute, the amount of bacteria on the food increased tenfold.

In 2003, during an internship at the University of Illinois, high school student Jillian Clark proved that food picked up E. coli bacteria the second it came in contact with a contaminated surface. She also found that women were more likely than men to eat food that was dropped on the floor.

Additionally, University of Arizona microbiologist Dr. Charles Gerba discovered through this research that 93 percent of the shoes that he examined contained fecal bacteria. If you wear your shoes in the house, your floor could be a veritable breeding ground for all sorts of bacteria.

So, eating food that has fallen on the floor, even for five seconds or less, is generally not a good idea. If you insist on doing this, make sure that no one wears their shoes in your house, to lower your risk of bacterial infection. Also, keep your floors squeaky clean if you plan to ‘rescue’ dropped food from them. 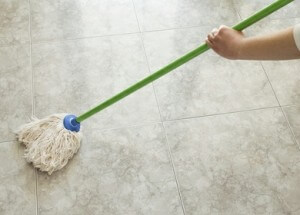 For a simple, natural floor-cleaning solution, a combination of vinegar and warm water does the trick very well. For vinyl flooring, combine one cup of white vinegar with one gallon of warm water, mix in a bucket, and mop.

For hardwood flooring, reduce the amount of white vinegar to half a cup, but still use the same one gallon of warm water. Make sure that the wood does not get too wet, and dry any wet areas with a towel after cleaning.

If you follow these steps, and are a risk-taker, you may be able to save that last bite after all!