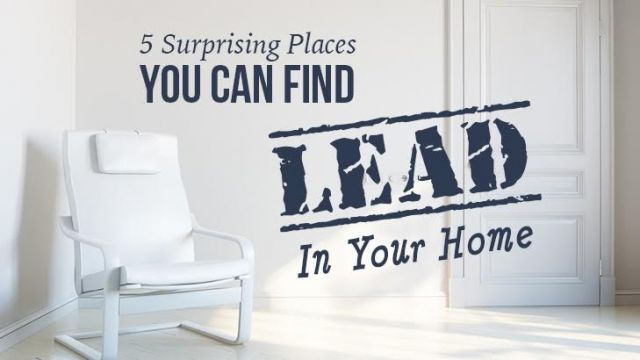 One of the United States’ top medical groups recently issued a timely reminder about the dangers of lead in the household. Until the recent water crisis in Flint, Michigan, most Americans thought lead was a thing of the past. However, this highly toxic metal still poses a risk to potentially millions of Americans, according to the American Academy of Pediatrics (AAP). In a report released in June, the AAP warned an “illusion of safety” has been created around lead. The report pointed to current regulations nationwide, which the AAP says don’t match up with the health risks associated with lead.

Speaking to NPR, the report’s co-author Dr. Jennifer Lowry explained lead around the home can pose a serious risk to families, particularly children.

“We’ve taken lead out of the paint and out of the gasoline, but the history is still present,” she said.

Lead is a neurotoxin that can find its way deep into the body, including bones. It has been linked to a wide range of health problems, including reduced IQ points, heart and kidney problems, reduced fertility and even behavioral problems. Children are most severely impacted by exposure, as their bodies tend to absorb more lead.

As Lowry explained, testing children for lead exposure can help, but it isn’t enough.

“At that point, when we find out that they have an elevated lead level, the harm has already been done,” Lowry said.

She continued, “We cannot have our children be canaries in the coal mine, where they get exposed first and then we have to try to fix it. If we want to actually do the right thing, we should prevent it from happening in the first place.”

So how can we protect ourselves and our families from lead? The first step is knowing where lead can potentially lurk. Listed below are some of the most common places to uncover lead around the home. Some of these are quite obvious, while others are outright surprising.

After the crisis in Flint, Michigan, the first thing most Americans think of when they hear “lead” is piping. As far back as the times of the Roman Empire, lead has been used in the construction of municipal water pipes. Likewise, ancient Roman engineers were among the first to recognize the health dangers that lead posed. Today, as many as 10 million US homes and other buildings still receive water carried by pipes containing lead. Although this is a nationwide problem, most lead pipes are concentrated in the Midwest and Northeast. Drinking water contaminated with lead can lead to a wide array of health issues.

It may seem surprising, but the ground your house is built on could be contaminated with lead. Contaminated soil can be tracked inside the home, and pose a risk to the family. According to the AAP, houses built on old industrial sites are most at risk, and the government should do more to help families remove lead from their properties.

If you live next to a major highway, dust contaminated with lead could likewise be a problem. The contamination likely dates back to the years before lead was banned in gasoline. Decades-old exhaust fumes containing lead have settled on the sides of America’s highways over the years, and can still pose a health risk today, especially for children.

As Lowry put it, “We should know where the old houses are that were built before 1960, where the soil is next to the highways, where we have these lead problems and actually fix it before we send our kids out to live in those environments.”

Lead paint was banned in homes way back in the 1970s, but that doesn’t mean your home is guaranteed to be safe. Obviously, any houses constructed before 1978 could still contain lead paint. In fact, an estimated 37 million homes still contain lead paint nationwide, with the risk increasing depending on the age of the home. According to the EPA, one in four houses built between 1960 and 1977 contain lead paint, compared to an estimated 87 percent of houses built before 1940. Even if the home has been renovated, there could still be lead paint lurking under newer paint. However, the EPA has also noted lead paint isn’t much of a problem if it’s in good condition. It only becomes dangerous when it starts degrading, and becoming easier to inhale or otherwise accidentally consume.

It may sound crazy today, but decades ago the toy industry had no qualms about packing toys with lead. According to the CDC, antique toys dating back before 1978 can still contain lead paints, which can pose a huge risk to children. However, it’s not just old toys. Toys made in countries that don’t have stringent lead regulations can also be dangerous. For example, back in 2007, Fisher-Price recalled 967,000 toys suspected of containing unsafe levels of lead. In a separate case in 2004, four companies recalled 150 million pieces of toy jewelry potentially contaminated with lead.

As you can see, it is not just lead paint that can pose a health risk to you and your family. Always be cautious and aware.
—Ryan Mallett-Outtrim