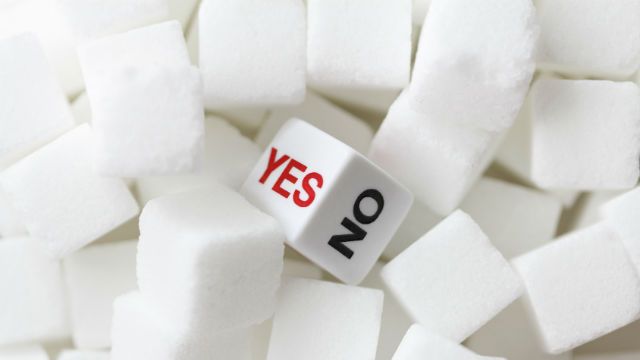 The world around us is literally swarming with bacteria, viruses and other pathogens that, if unencumbered, can cause illness and death. The thing standing between each of us and the harmful effects of these organisms is our immune system.

If our immune system is strong, we are likely to lead healthy lives, and if an infection does occur, our bodies can often swiftly eradicate the problem.

If our immune system is weak, however, it can open the door to many illnesses, both mild and severe. While some factors regarding our individual immunity are out of our control, such as genetics, building a strong immune system is largely in our hands, and depends on the lifestyle choices that we make on a daily basis.

The following are five things that can greatly weaken the body’s innate ability to ward off microscopic invaders and protect us from harm.

Sugar is one of the most dangerous poisons of our time. It features so significantly in the American diet that many of us imbibe added sugars in every meal, which leads to cravings for more and more sugar, and wreaks havoc on all of the body’s systems.

Refined sugar, including white sugar, brown sugar, high fructose corn syrup and the many other processed sugar concoctions added to our foods, has been found to incite system-wide inflammation. Inflammation is the immune system’s primary response when it senses something is amiss.

When we consume sugar, the immune system directs its attention to dealing with the inflammatory response that it produces. This, in turn, focuses the immune response away from any potential foreign invaders, leaving us susceptible to disease.

Dr. Linus Pauling, who also performed research on how vitamin C boosts the immune system, found that elevated blood sugar can reduce the ability of white blood cells to fight bacteria and viruses by up to 75 percent. For those with an already-weakened immune system, this can spell even more trouble.

On top of that, sugar is linked to obesity, type 2 diabetes, fatty liver disease and it paves the way for many other chronic illnesses.

Many (if not most) processed foods contain various forms of added sugars, even savory items where one would not expect to find it. On top of that, the processing methods and chemical additives, preservatives and emulsifiers used in manufacturing these foods can independently incite inflammation.

Some processed items may contain metal compounds, including forms of cadmium and lead, which inherently suppress the immune system. Many food additives also cancel out or even eradicate the nutrients that the food would otherwise contain, effectively transforming it into an antinutrient.

Furthermore, the pesticides and herbicides used in growing many conventional crops may lead to a negative impact on immune system function. GMOs have been implicated in this, as well. For this reason, on top of avoiding processed foods, the best choice for immune health is to choose organically grown produce, and organically-raised meats.

The mind and the body are inherently connected, and just as physical injury can lead to mental anguish, stress can lead to physically deteriorative health effects, including impaired immune response. The American Psychological Association (APA) points to hundreds of studies indicating that stress leads to fewer “killer” immune cells available to fight pathogens.

While stress is a natural reaction of the body, which can be quite beneficial in short bursts, if it becomes chronic, multiple body systems suffer. This is in large part due to cortisol, known as the “stress hormone,” which, when elevated, essentially signals the immune system and its intrinsic responses to shut down (essentially to conserve energy so the body can deal with the life-threatening, stressful situation – problem is, in our modern day, there are very few situations where we truly are in a life-threatening situation, so this cortisol jolt is not needed). With our immune system temporarily shut down, our body becomes vulnerable to a multitude of infections. The key point here is to ensure that the body is not continually in stress.

Not getting enough sleep (between seven and nine hours a night for adults) can lead to elevated cortisol levels, and therefore, suppressed immune system response. It has also been found to increase system-wide inflammation, further dampening the body’s defenses.

Research has shown that the the body produces less antibodies after four hours of sleep than the amount produced after a full seven to nine hours. Lack of sleep is also linked to increased stress in general, as well as a higher propensity to a number of chronic ailments.

Due to the fear of the sun that has been propagated over the past several decades, vitamin D deficiency is on the rise. Our aversion to soaking in the sun’s healing rays, as well as our tendency to coat every inch of exposed skin with sunblock when we do go out, is thought by many experts to be contributing to the rising rates of many illnesses.

Vitamin D is not only important for bone health, it is also crucial for a properly functioning immune system. Deficiency in vitamin D is implicated in a wide array of health conditions, including heart disease, autoimmune disorders, type 1 diabetes and cancers. In fact, skin cancer rates, especially melanoma rates, are on the rise, despite increased sunblock use – though perhaps it is due to this increased use.

Some researchers have also observed that seasonal colds and flus occur during the time of year when vitamin D levels are the lowest, as the sun is farther from the earth. Vitamin D supplementation during the winter months has shown promise in reducing the risk of seasonal infections.

Avoiding the above-mentioned five pitfalls by eating a diet of whole, nutritious, organic foods, managing stress through exercise and meditation, getting enough sleep and spending some time in the sun (responsibly, of course), can do wonders for keeping your immune system in the best shape possible.