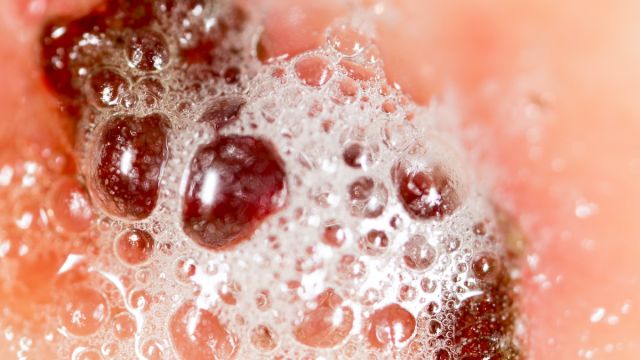 Hydrogen peroxide is a dirt-cheap alternative to high-priced cleaning products — and it works! This common product has too many uses to count, from cleaning wounds to even working as a deodorant. It’s great stuff, but before trying for yourself, make sure you…

Before trying any of the applications below, make sure you know what hydrogen peroxide you’re working with. For this article, we’re dealing with common household hydrogen peroxide. Usually recognizable, this is the kind you’re likely to pick up at a drugstore in a brown bottle.

It should be at a three percent dilution, which is usually quite safe, even for minimal consumption. However, try to avoid swallowing it, as it can cause stomach upset. It’ll also create a lot of frothy bubbles, which you might find yourself coughing up if you happen to ingest any hydrogen peroxide. Some people might find even low concentrations of hydrogen peroxide can cause skin or eye irritation; if you notice such symptoms, then you might want to avoid using hydrogen peroxide.

This one might seem obvious to Americans, but for the rest of the world: prepare to have your mind blown! Hydrogen peroxide can totally be used to clean minor wounds. Use it much like any iodine solution by applying it directly to the injury and surrounding area. However, it’s worth bearing in mind that many medical professionals suggest only using hydrogen peroxide once, as repeated use on the same wound might actually slow healing time.

Ever have trouble cleaning your fruits and vegetables? Hydrogen peroxide can be used to rinse off pesticides, bugs, and dirt. Just add around a quarter of a cup of hydrogen peroxide to a sink full of water, and give the vegetables five to ten minutes to soak. Afterward, make sure you rinse the produce a second time to remove the hydrogen peroxide.

So this one is a little odd, but it does work. Mix hydrogen peroxide with dish soap at a 1:2 ratio. Apply the mixture to desired areas (like armpits), and wait half an hour before rinsing off. It’s more work to apply than commercial deodorant, but it does the job. So bear this one in mind next time you run out of deodorant.

Hydrogen peroxide can make cleaning kitchen countertops much easier. Just mix in a spray bottle with equal parts water, and apply to the countertop. Then, wipe down like normal, and you’ll have a glistening fresh countertop to work with!

Grout can be a nightmare to clean. It’s that white-ish mortar between tiles and can be commonly found in bathrooms, tiled floors or around pool areas. If your grout is getting gunky, try spraying it with some hydrogen peroxide. Make sure it’s dry beforehand, and give the hydrogen peroxide plenty of time to soak in. After a few hours, return with a toothbrush and soapy water. With a bit of elbow grease, the grout should come up whiter than it has ever been.

Most mold doesn’t stand a chance against hydrogen peroxide. Apply directly to the moldy area, then scrub clean. If you’re worried about the mold returning, just give the area an extra spray afterward. While this method is generally effective, I’ve found it can discolor some paints. To be on the safe side, give it a test on a small, inconspicuous area first.