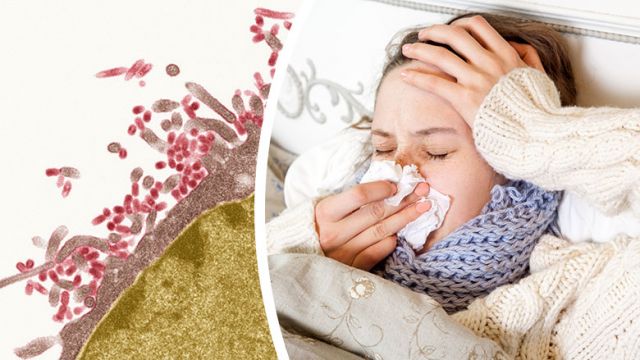 Families across America have been bracing for an especially harsh flu season. First, health officials have been warning about the “Aussie flu,” which has killed hundreds and hospitalized thousands in Australia in recent months. Closer to home, in the United States, a 10-year-old boy from Connecticut and a California mom are among the latest victims of a deadly influenza epidemic that experts fear could get worse.

Now, epidemiologists are sounding alarm bells about yet another strain of the influenza virus, called the Japanese flu, which appears to be even more communicable than other types of flu. What exactly is the Japanese flu? How worried should you be? And what steps can you take to protect yourself and your family? Let’s look at some information that you need to know.

Three flu types you need to know about

Why the Japanese flu can spread so quickly

The Japanese flu is supposedly less severe and lethal than the Aussie flu, but it is far more easily spread and communicable according to health experts. That’s because children appear to be more vulnerable to this type B strain and kids are widely regarded as “super-spreaders.” As a result, the Japanese flu has the potential to travel through populations very quickly.

Despite its reputation as less lethal, the Japanese flu can be quite deadly. The 10-year-old boy from New Canaan, Connecticut, who recently died after developing flu-related pneumonia was believed to have been infected with a type B strain.

The Japanese flu can be deadly too

Both the Japanese flu and the Aussie flu are wreaking havoc across the globe. In the UK, at least 8.3 million people are expected to be hit by the bug and more than 120 people have already lost their lives. The vast majority (60 percent) of flu cases in the UK are caused by the Japanese flu (while 20 percent of the cases are precipitated by the Aussie flu).

What can you do to protect yourself?

Health experts recommend the following tips to help avoid being hit with the flu:

Right now, the Aussie flu seems to be hitting older people while the Japanese flu is making the rounds among younger people. Most of the symptoms are similar:

In most instances, symptoms of the Aussie flu are more severe and last longer than the Japanese flu. However, either strain can lead to pneumonia or other life-threatening complications.

Surviving the flu and avoiding pneumonia

If you have the flu, experts say it’s important to: