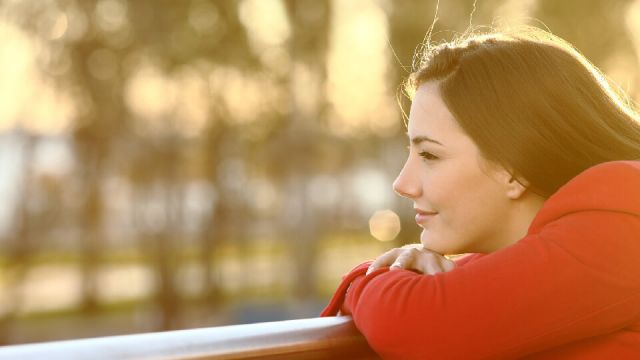 Your brain is a pretty darn impressive organ. So impressive, in fact, that there’s no other organ on Earth with greater complexity than the human brain. As this paper notes, “the human brain is the best organized, most functional three pounds of matter in the known universe.”

But it’s this very complexity that’s had centuries of scientists scratching their heads over how the brain works. To this day, researchers continue to discover new insights into the human brain, and those discoveries are enabling us to harness more of our innate cognitive powers than ever before.

And it wasn’t until the second half of the 20th century that one of the most significant discoveries of all was made. The gamma wave, a wavelength frequency in the human brain that typically measures approximately 40 Hz, was completely unknown to scientists until the invention of digital electroencephalography (EEG). This fifth wavelength in the brain has been shown to increase mindfulness, enhance cognition and improve quality of life, with many maintaining that gamma waves are critical to subjective awareness in humans.

And while gamma waves have been happily chugging away in the human brain for hundreds of thousands of years, we can now consciously harness these brain frequencies to enhance our cognitive abilities. That means improved concentration, faster problem solving, and more clarity of mind…making your job, everyday life or entrepreneurial exploits that much more successful.

Gamma waves are also considered to be the brain’s optimal frequency for functioning, with an increase in gamma waves associated with greater feelings of happiness, compassion and relaxation.

Here are some of the ways to naturally increase your brain’s gamma waves.

Regular meditation is one of the easiest and fastest ways to increase gamma wave activity in your brain. A 2009 study published in the Journal of Consciousness and Cognition showed via EEG signals that subjects using a yoga technique of breathing control called Bhramari Pranayama generated high-frequency gamma waves.

Researchers suspect that most forms of meditation should elicit the same increases in gamma wave activity in the brain, so be sure to add daily meditation to your daily to-do list!

Curiously, research shows that gamma waves play an important role in learning a new language. Scientists at the University of Washington have discovered that those people with higher gamma wave activity in the brain can pick up foreign languages faster, and that the learning of those new languages increases the level of gamma activity — kind of like a glorious cycle of learning!

Not only that, those people who have learned a new language — let’s say, French — have greater gamma wave activity in the brain when they converse with native French speakers. So there’s really no excuse to not learn a new language!

Maybe you achieve that simply by looking into the eyes of a loved one, petting your dog or cat or looking through a photo album of cherished childhood memories. It’s probably easier than you think, and well worth the effort!

Brainwave entrainment is a mechanism used to train the brain into producing waves of a certain frequency. By using an app or seeing a brainwave entrainment specialist, the brain can be encouraged to produce waves that equal the difference between two opposing frequencies fed into the same ear. Essentially, it’s a way of increasing gamma wave production without any real conscious effort!

Speaking of consciousness, one of the most efficient ways to increase gamma wave activity is by conceptualizing ideas. This might mean dreaming up grand schemes of world domination (in the most loving way possible, of course!), mentally running through how you intend to execute a big assignment at school or college or simply letting your imagination run wild — as long as you’re encouraging your brain to conceptualize, those gamma waves should start flowing.

6. Take a trip down memory lane

At a very basic level, the simple act of recalling memories can help to naturally increase gamma wave activity in your brain. As discussed earlier, that might be sitting down with a photo album and mentally reliving the cherished moments they stir, scrolling through your Facebook timeline or simply reminiscing off the top of your head.

A study published in the International Journal of Psychophysiology showed that neurofeedback is a very effective way to increase gamma waves in the brain. In a nutshell, neurofeedback is a form of biofeedback that uses real-time visualizations of the brain (usually through EEG) to teach self-regulation of brain function.

The study showed that “people are indeed able to alter the power in the gamma band if provided with neurofeedback. Moreover, the increase of gamma band power was related to a decrease of binding costs and an increase in intelligence.” Binding, in case you were wondering, refers to the brain’s ability to distinguish between the things or objects we sense.

Thus by being shown a visual representation of your brain’s activity, you can consciously direct your mind to think or operate in ways that maximize gamma wave production.