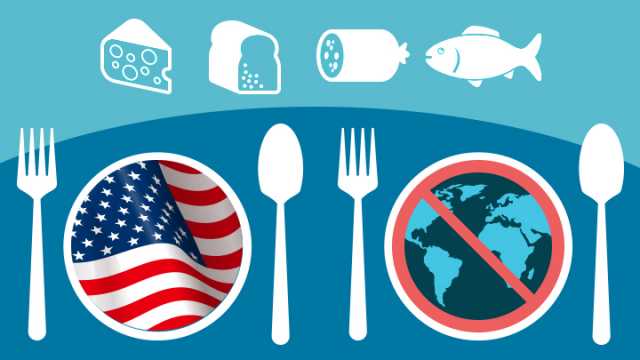 We live in a country full of people trying to get healthier. People are starting exercise plans, incorporating superfoods into their diet, and generally becoming more aware of what it means to be ‘healthy.’

Unfortunately, becoming healthier is made much more difficult by the many large food corporations which value profit over health and sustainability, and by the FDA, which doesn’t always do a good job of protecting us from the many dangerous preservatives and additives found in our food.

This places the burden on us to educate ourselves and know what to avoid. For starters, here are 8 of the worst offenders – which are banned in certain other countries, but not in the US.

Some artificial food coloring and dyes are derived from petroleum—the same petroleum used to make gasoline, asphalt and tar. Although it should be obvious that humans shouldn’t be consuming this stuff, we’ll list the health risks nonetheless: brain cancer, hyperactivity in children, and nerve-cell deterioration have all been linked to its consumption.

Found in: Pretty much everything processed and non-organic that does not get its color from real fruits, vegetables, spices or herbs.

Banned in: France, Finland, Norway, the UK and Austria

Antibiotics are commonly fed to US farm animals to cause them to grow faster, and to protect them from illnesses caused by the filthy conditions of their dwellings. This practice may be linked to an increase in antibiotic-resistant bacteria, which is a huge danger to both humans and animals

Found in: Many fat-free foods, especially chips and other processed snacks

Banned in: The UK and Canada, to name only a few

Although we don’t yet know the long-term effects of GMOs on humans, we do have evidence that they may be catastrophic for animals’ health. Some research has found that animals fed diets containing genetically modified foods have suffered tumors, birth defects, intestinal and organ damage and sterility by the third generation.

Found in: Papayas, corn, soy, and certain other crops

This addition to some sports drinks and sodas acts as an emulsifier, which means it stops the beverage’s flavor from separating and floating to the top of the drink. Too much of this nasty stuff can cause thyroid problems, autoimmune diseases, cancer, organ system damage and birth defects.

Found in: Sports drinks and some citrus flavored sodas

Banned in: Over 100 countries

Flour will naturally whiten in about a week, but this apparently is too long for some American food companies, who use this chemical, found in rubber products including yoga mats, to speed up the process. ADA is linked to increase the risk of asthma, allergies, and skin problems.

Banned In: Many countries including Singapore, where a food manufacturer can get up to 15 years in prison for adding it to their food products. 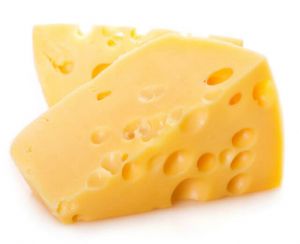 Some farms (especially factory farms) inject synthetic hormones like rBGH and rBST into cows to boost growth and milk production. These fake hormones are not only bad for the animals, they have also been linked to breast, colon, and prostate cancers and infertility in humans.

Banned in: This practice is banned all over the European Union, as well as in Australia, New Zealand, Canada and Japan.

This chemical is used in some chicken feed to make the meat appear pinker and fresher. Arsenic is a poison—enough said.

Banned in: The European Union, since 1999

For the sake of you and your family’s health, make it a habit to read labels, choose grass-fed meats, keep a look out for strangely-colored food items, and go organic whenever possible.