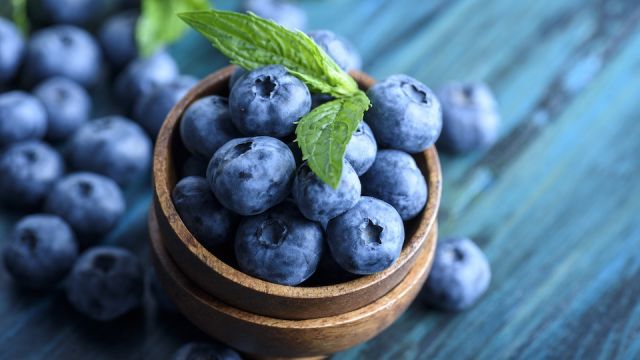 While they are both reactions by the immune system characterized by warmth and swelling, there is a world of difference between acute and chronic inflammation. The former protects our health, while the latter contributes to destroying it. Knowing the difference and how to stop the runaway train of chronic inflammation could save your life.

Like a wildfire out of control, chronic inflammation is not just a symptom of infectious disease, but molecular and epidemiological research now suggests that it is intimately linked with a wide range of non-infectious diseases…possibly even all of them. Major killers like cancer, diabetes, and heart disease all seem to have an inflammation factor.

Acute inflammation is a natural defense against invasion. We’ve all had cuts, scrapes, and other injuries during our lives—and it’s easy to see the body’s immediate response to this kind of damage. The area becomes red, swollen, painful, and warm to the touch. If the injury is on a joint or muscle, that joint or muscle may become stiff and not move very easily. This is acute inflammation.

Acute inflammation occurs when the white blood cells of the body rush to the scene of an injury, or an invasion by a foreign substance (i.e., bacteria, virus, heavy metal), in an effort to protect us. Upon sensing the threat, the white blood cells release certain chemicals, which perform several protective functions.

First, they aid the body in removing the invader, along with damaged or dead tissues. They also help prevent the damage from spreading to other tissues and help the body to repair the damage that has been done. Because of this, acute inflammation is a highly important function of the body—it keeps us safe from further injury damage, along with potentially dangerous pathogens.

Along with redness, swelling, stiffness, and impaired motion in the injured area, acute inflammation can cause pain—both in the area and in surrounding nerves. The injured area may also become warm as a result of increased blood flow (those white blood cells have to arrive somehow). In the case of an invading pathogen, acute inflammation can feel quite similar to the flu—sometimes causing fever, headache, chills, and fatigue. Loss of appetite can also occur.

While all of these symptoms of acute inflammation can surely be uncomfortable, it’s actually your body doing you a favor. Without the acute inflammatory response of the immune system, we would suffer significant harm from injuries and pathogens. It may not be fun, but it’s a positive immunological response.

The noteworthy characteristic of acute inflammation, besides its protective functions, is that once the injury is healed, or the pathogen has been destroyed, it subsides, and the body returns to normal.

Chronic inflammation occurs when the body’s cells are stressed—by internal or external factors. It can also happen when white blood cells perceive a foreign invader that isn’t there. An inflammatory response is triggered, sometimes in one area of the body and sometimes throughout the entire body. However, unlike acute inflammation, it does not dissipate, but instead lingers, wreaking havoc.

This type of inflammation can go unnoticed for a long time, as it may cause generalized discomfort that is not easily associated with inflammation. In some cases, symptoms of chronic inflammation may be dismissed as typical signs of the aging process, and are therefore overlooked until the inflammation has already caused significant harm.

This is known as “low-grade” chronic inflammation, and it may become severe if not addressed. In the case of autoimmune diseases, the body begins to attack its own tissues, degrading them over time. If this inflammation is in the joints, as with arthritis, the cartilage starts to wear down.

In addition to autoimmune disorders, chronic inflammation can contribute to many illnesses, including depression, cognitive decline (such as Alzheimer’s disease and other forms of dementia), age-related macular degeneration, chronic kidney disease (CKD), type 2 diabetes, certain cancers, and heart disease. These are just a few examples—chronic inflammation can underlie many significant threats to our bodies and minds.

Chronic inflammation can be triggered or worsened by lifestyle factors, such as smoking, excessive alcohol intake, drug use, obesity, insufficient sleep, chronically elevated stress levels, lowered levels of sex hormones in the body, and—very notably—a poor diet. If we eat unhealthy foods or do not get the nutrients our bodies need, it paves the way for chronic inflammation.

As mentioned above, chronic inflammation can be triggered or made worse by many lifestyle factors. Food is the top contender. Like a like switch – food can either turn on inflammation or turn it off.

We all have to eat, right? Why not make the most of the food that you put in your body?

Here are the top eight raw foods that can help bust inflammation:

This succulent tropical fruit contains an enzyme known as bromelain, which has potent anti-inflammatory properties. Bromelain has been found by a body of research to help ease inflammatory pain from osteoarthritis with even greater efficacy than common NSAID medications.

Thanks to its bromelain content, and other antioxidants such as vitamin C, pineapple can help to ease sinus inflammation during a cold and also soothe sore muscles after a workout.

Garlic has been used since ancient times to both treat and help ward off a range of chronic illnesses, thanks to its antibacterial, antifungal, antiviral, and anti-inflammatory nature. Much of garlic’s anti-inflammatory powers can be attributed to allicin, a compound, which has been found to reduce the production of inflammatory cytokines. The anti-inflammatory properties of this delicious bulb are especially pronounced when eaten raw.

Onions are loaded with antioxidants, including a flavonoid antioxidant known as quercetin. Quercetin has been shown to possess potent anti-inflammatory properties, as it helps to prevent the oxidation of fatty acids. This process, in turn, leads to fewer pro-inflammatory molecules produced in the body. Much of the flavonoids in onions are concentrated in the outer layers.

Additionally, onions contain allium, an organosulfur compound that has been linked to the prevention of system-wide inflammation.

Ginger has been used since ancient times in traditional Ayurvedic remedies for combating inflammation. This rhizome is rich in antioxidants, including gingerols, which pack a powerful anti-inflammatory punch. Ginger root is effective in mitigating chronic pain from inflammatory conditions and reducing the cytokines released by the immune system, which can lead to inflammation.

While many types of berries are rich in anti-inflammatory, antioxidant compounds, blueberries rank among the highest. They contain anthocyanins, which have been linked to lowered oxidative stress, improved cognitive function, increased cardiovascular health, and cancer prevention.

These little berries can reduce markers of inflammation in individuals with metabolic syndrome.

Many cruciferous veggies are key components in an anti-inflammatory diet; however, kale is one of the stars. There have been more than 45 individual flavonoid antioxidants identified in kale, including quercetin and kaempferol. These antioxidants work to combat oxidative stress and inflammation throughout the body.

Oranges and other citrus fruits are a rich source of vitamin C, which is known to reduce respiratory and sinus inflammation and support the immune system. The carotenoid antioxidants found in oranges have been linked to a lower risk of inflammatory conditions, including rheumatoid arthritis.

Chronic inflammation can be severely debilitating and should not be taken lightly. Adding these eight foods to a healthy lifestyle may significantly help in keeping this scourge from compromising your health.