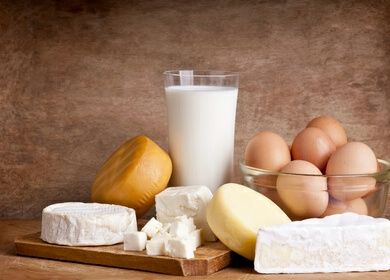 A naturopathic physician, Dr. Kate Rheaume-Bleue has a passionate interest in nutrition and has written an eye-opening book entitled Vitamin K2 and the Calcium Paradox: How a Little Known Vitamin Could Save Your Life.

This book is the result of years of research on the overlooked relationship between vitamin K2 and calcium.

Vitamin K2 gets very little attention considering how drastically important it is. You may know that vitamin K is important to blood clotting but did you know that there are actually different kinds of K’s?

K1 is found mainly in leafy vegetables, can be acquired through diet and goes directly to the liver.

K2 is created by bacteria in the gastrointestinal tract and goes to other places than the liver such as bones, tissues and blood vessel walls.

Vitamin K3 is synthetic and can cause toxicity.

Blood clotting is handled by K1 and K2 together along with a number of other nutrients, such as vitamin D and calcium. While blood clotting is K1’s main job, K2 has a much bigger job description. Top on the list is the job of moving calcium into proper area in the body. This includes bones and teeth.

In addition, this multi-talented vitamin also removes calcium from places where it does not belong including soft tissue and arteries. According to Rheaume-Bleue, K2 is extremely crucial for strong bones and clear arteries. K2 also activates proteins that control cellular growth. This makes it extremely valuable for cancer prevention.

Although K2 is still being investigated, it is thought that the average person needs 180 to 200 micrograms of K2 daily. This is sufficient to move calcium where it needs to go and take care of excess that is where it does not belong.

Close to 80% of Americans do not have enough K2 in their diet to activate the carrier proteins. This puts K2 deficiency at the same level as vitamin D deficiency.

“The most recent clinical trials used around those amounts of K2,” Dr. Rheaume-Bleue says. “The average person is getting a lot less than that. That’s for sure. In the North American diet, you can see as little as maybe 10 percent of that or less. Certainly, not near enough to be able to optimize bone density and improve heart health.”

Fermented vegetables not only supply beneficial bacteria to the gut but also contain over 500 mcg of vitamin K2 per every three ounces. Miso and tempeh are not high in K2, nor are most yogurts. It has a lot to do with the certain strain of bacteria and how foods are produced.

Calcium-rich foods, egg yolks and grass fed animal products,  naturally contain vitamin K2.  Dr. Rheaume-Bleue does not recommend calcium supplements, but rather that people get  their calcium from their diet. Interestingly enough, the Japanese do not consume a high calcium diet but have very strong bones because they eat foods containing K2 along with fat soluble vitamins.

In America, most people consume animals products from animals raised on grain, not grass. Because of this, the nutrient density, including vitamin K2 is compromised and so is health.

If you do not have enough K2, you are vulnerable to a number of serious health conditions including brain disease, heart disease, cancer, stroke, osteoporosis, heel spurs, kidney stones and heart attack.

Vitamin K2 is needed for a healthy pregnancy and fetal development including bones, teeth and facial form. It is especially important during the last trimester when levels tend to drop. Since there are no toxicity issues with K2, does can be safely doubled or tripled at this time. 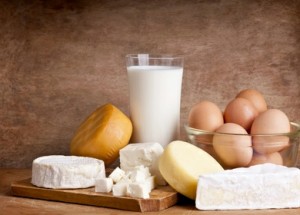 Persons who are taking oral vitamin D could be causing harm unless they are getting enough K2. According to Dr. Rheaume-Bleue, oral vitamin D encourages the body to create a load of vitamin K2 proteins that are ready to move calcium but require the vitamin K2 to do their job. If you are taking vitamin D without K2, you are only creating more demand for K2. Both vitamin D and K2 work as a team to improve heart health and bone strength

Dr. Rheaume-Bleue says, “for so long, we’ve been told to take calcium for osteoporosis…. and vitamin D, which we know is helpful. But then, more studies coming out showing that increased calcium intake is causing more heart attacks and strokes. That created a lot of confusion around whether calcium is safe or not. But that’s the wrong question to be asking because we’ll never properly understand the health benefits of calcium or vitamin D, unless we take into consideration K2. That’s what keeps the calcium in its right place.”

The Importance of Magnesium

In any discussion on calcium, magnesium should not be overlooked. Magnesium is an essential supplement to consider as it will also help keep calcium in the cell to do what it needs to do. If you plan to supplement with calcium, it is vital to keep a balance between K2, vitamin D and Magnesium. Vitamin K2 and magnesium work together like vitamin D and K2. Magnesium also helps to lower blood pressure, which is vital in the prevention of heart disease. Magnesium citrate supplements are recommended.