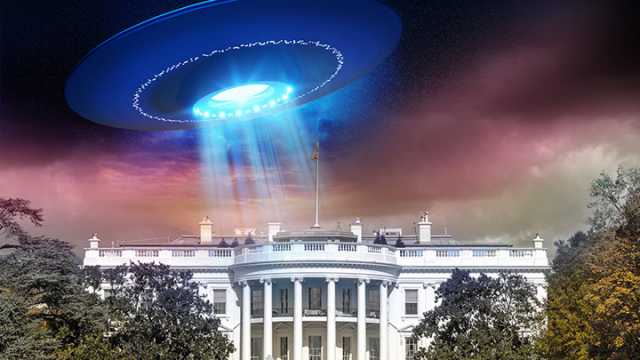 Are you looking for a job that’s out of this world? If so, NASA is accepting applications for a position few earthlings knew existed — chief planetary protection officer. The pay is good (up to $187,000 per year), the work is never dull and there’s always the possibility that you’ll meet some interesting aliens from another planet.

Do you have the “right stuff” to safeguard the Earth from extraterrestrial life forms? If you think the answer might be yes, then read on to see if you match up with the qualification that America’s space agency is looking for.

Before you quit your day job, let’s look at some of the key things you’ll be responsible for and the skills you’ll need to accomplish your mission. To begin with, one of the most important duties of a chief planetary officer is ensuring that the earth is not contaminated by alien microbes.

This task is especially important as NASA and private entrepreneurial space ventures take off on interplanetary missions. In particular, it’s essential that lunar or Martian soil collected by robotic probes remain uncorrupted by any contact with earthly bacteria or germs. Similarly, it is critical that any potential lunar or Martian microbes discovered do not escape earthbound labs. Scientists refer to this imperative as “break the chain of contact.”

In fact, researchers do not expect to find live microbes on either the moon or Mars, but rather their fossilized remains. However, many astronomers believe that lunar bodies that orbit planets like Jupiter and Saturns (such as Europa and Titan, respectively) could harbor microbial alien life.

The chief planetary protection officer is also charged with making sure that space probes from the earth do not contaminate alien worlds. This directive stems from the Outer Space Treaty, which the U.S. government signed in 1967. The international agreement states:

“States Parties to the Treaty shall pursue studies of outer space, including the moon and other celestial bodies, and conduct exploration of them so as to avoid their harmful contamination and also adverse changes in the environment of the Earth resulting from the introduction of extraterrestrial matter and, where necessary, shall adopt appropriate measures for this purpose.”

Accordingly, any space endeavor the U.S. undertakes must have a less than one chance in 10,000 of contaminating an alien world. It’s the chief planetary protection officer’s duty to make sure all equipment, tools, procedures and protocols used in interplanetary missions mitigate these risks.

Protecting against contamination is becoming increasingly important as the U.S. ramps up its search for alien life using space probes. The Europa Clipper mission, which will send an orbital craft with advanced spectrography and high-resolution cameras to scan Europa’s atmosphere for signs of life, is expected to launch within several years. By sometime in the early 2030s, NASA hopes to launch a spacecraft that will touch down on Europa’s surface to examine soil samples.

How worried is NASA about alien contamination impacting earth?

In the 2017 sci-fi thriller, “Life,” astronauts on a Mars sample mission discover evidence of microbial life in the Martian soil, but things go terribly wrong during their return voyage to earth.

In the film, a single microbe ultimately grows into a multi-celled organism that starts devouring the crew. The plot may seem a bit far-fetched, but NASA has been worrying about catastrophic-type contaminations since the inception of the space program. For example, the first men to land on the moon — the crew of Apollo 11 — were quarantined in a special trailer for three weeks while decontamination and firewall procedures were followed.

Thankfully, NASA has been thinking very carefully about worst-case alien contamination scenarios. Catherine Conley, the outgoing planetary protection officer, acknowledges that “I would love to find life elsewhere.” However, making sure that a superbug from outer space does wipe out life on earth has been a top priority for her since she took the position in 2006. As she notes, it’s critical that any alien samples brought back to earth do not get released in an uncontrolled way, which could cause harm and induce panic.

Skills you’ll need to be a star performer

As you might expect, NASA is looking for a star performer to fill this role. In particular, the job requires some first-rate diplomatic talents because so many space missions these days involve international teams (and also close cooperation between government agencies and entrepreneurial organizations). As a result, you have to be the kind of person with “demonstrated skills in diplomacy that resulted in win-win solutions during extremely difficult and complex multilateral discussions.”

Naturally, diplomacy is only part of the job. NASA will expect you to have an in-depth understanding of the technological aspects of space exploration. Therefore, you’ll ideally need advanced degrees in science, engineering and mathematics. So, hopefully, you have a few of those on your resume.

Unfortunately, only U.S. citizens are eligible to fill this role. Resident aliens (no pun intended) are barred from this position due to an executive order, which was signed by President Ford in 1976. Once you get the job, however, you’ll receive a top-secret security clearance, which means you may be privy to any classified information the government might have about the existence of alien beings.

By the way, if you are interested in the job (and you think you have what it takes) you can apply at USAJobs.gov through August 14.