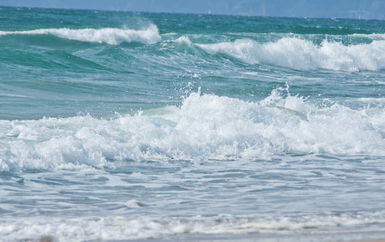 Many of us know that due to emissions from modern industry and agriculture, our oceans and marine life are in danger. However, what we did not know until recently was the scale of the problem, and how soon large amounts of our ocean dwellers may suffer.

In the 2013 State of the Oceans report, released earlier this week, marine scientists revealed that the world’s oceans are more acidic now than they have been in the last 300 million years at least, largely thanks to carbon dioxide emissions caused by burning fossil fuels. The scientists warned that a mass extinction of primary species of ocean life is “almost inevitable.”

Alex Rogers, a professor of biology at Oxford University, comments, “the health of the ocean is spiralling downwards far more rapidly than we had thought. We are seeing greater change, happening faster, and the effects are more imminent than previously anticipated.”

The International Programme on the State of the Ocean (IPSO) states that coral reefs are in the most immediate danger from the acidity and rising temperatures, and that even if we reduced our carbon emissions now, the changes would not occur in time to save many reefs. Thousands of species rely on coral reefs and their inhabitants for their food source.

According to IPSO statistics, at least one third of the carbon emissions released by human activity is absorbed by our oceans, leading to the acidity. Overfishing and other forms of pollution besides carbon dioxide are also combining to further endanger delicate marine ecosystems.

IPSO states, “this [acidification] is unprecedented in the earth’s known history. We are entering an unknown territory of marine ecosystem change and exposing organisms to intolerable evolutionary pressure. The next mass extinction may have already begun.”

Trevor Manuel, co-chair of the Global Ocean Commision and South African government minister, agrees with the dire tone of IPSO’s message. He states, “governments must respond as urgently as they do to national security threats.”

If a mass extinction of ocean species were to occur – as experts say it very likely will – it would have massive repercussions on every citizen of this planet. If we all strive to adopt a greener lifestyle, and embrace renewable sources of energy that do not emit carbon, we may be able to at least slow the destruction.

However, if we keep living our modern lifestyles as we have been, and polluting to the scale that we do, we are certainly setting up our oceans – and in turn ourselves – for peril.