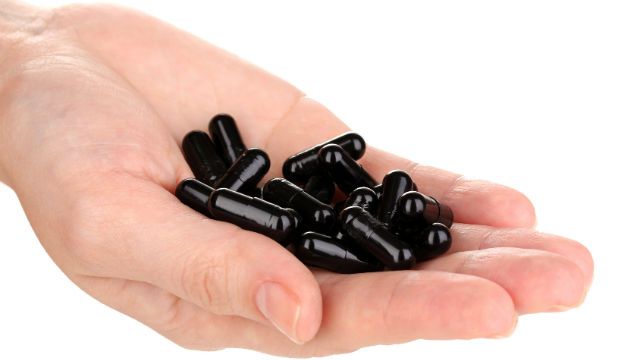 When you hear the word “charcoal,” you probably immediately think about grilling hot dogs or burgers, but there is another type of charcoal known as activated charcoal that’s used to treat a number of ailments as well as a multi-purpose poison and disease antidote.

A story recorded in 1831 describes how a French Academy of Medicine professor drank a lethal dose of strychnine in front of his colleagues, but lived to tell the tale. He had combined the deadline poison with activated charcoal. But its use goes far beyond the 19th century, for thousands of years, with ancient Greeks and Egyptians using it for a similar purpose.

Activated charcoal is so powerful, it’s considered to be the most effective agent available for use after a person swallows or absorbs nearly any type of toxic chemical or drug. It helps to reduce the absorption of a poisonous substance by almost 60 percent by binding chemicals which reduces their toxicity.

It’s frequently given after the stomach is pumped as the procedure, known as gastric lavage, does not have effects that are able to go beyond the stomach like activated charcoal does.

Activated charcoal is a completely natural product, obtained from the carbonization of organic matter like hardwood, coconut, bamboo, peat moss, olive pits, coconut shells and sawdust. It begins as regular charcoal and is then activated with oxidizing gases, like steam or air, at high temperatures.

Its vast system of microscopic pores works to trap toxic chemicals and speed their elimination from the digestive system. The toxic substances attach to the surface of the charcoal and, because charcoal is not “digested,” per se, it remains inside the gastrointestinal tract and eliminates toxins during bowel movement.

Activated charcoal has a number of non-emergency uses too.

Although studies have yet to confirm it, because activated charcoal has the ability to absorb toxins, some believe that it can be an effective detoxification agent and anti-aging treatment. The theory is that by absorbing unwanted chemicals and other compounds, it can reduce allergies as well as diseases they may cause, in addition to reducing or eliminating the damage they do to your skin.

As activated charcoal can adsorb (or bind) gases, particularly in the lower intestine, it can relieve gas pains and flatulence. While some small studies have confirmed this, others have found there are no such effects, so the jury is still out as to whether it is truly effective at reducing flatulence after consuming a gas-producing meal. If you want to test this theory out, taking two activated charcoal tablets three times a day is believed by many to help eliminate offending gases.

Relieving the itch and sting of a bug bite

Activated charcoal is known to take the sting and itch out of a bug bite by mixing activated charcoal powder with water to make a paste and applying it to the area. It’s also effective for poison ivy and poison oak. If you want to avoid a big mess, follow this process:

Carefully stir together ½ teaspoon of activated charcoal with one tablespoon of water. Dip a small piece of paper towel that’s been folded twice into the mix, and then carefully lay the paper towel onto the padded area of a bandage. Now apply the bandage to the affected area, leaving on for two to four hours and changing out as often as necessary.

Activated charcoal is really a necessity for your medicine cabinet, if you don’t have some already. It’s extremely useful, cheap and can even save a life in an emergency!