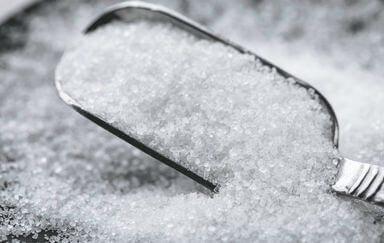 Your child just aced a test, or won a big basketball game – sounds like a reason to celebrate! It couldn’t hurt to treat a kid to an occasional soda or a bag of cookies on special occasions, right?

Wrong. Unfortunately, just a little bit of sugar can do a lot of harm. One of the main reasons that sugar is so dangerous is its highly addictive nature. Paul van der Velpen, the head of Amsterdam’s health service, recently said in an online post, “this may seem exaggerated and far-fetched, but sugar is the most dangerous drug of the times.”

Van der Velpen points to sugar’s addictive effect on the appetite as the reason for this claim: “Sugar upsets that mechanism. Whoever uses sugar wants more and more, even when they are no longer hungry. Give someone eggs and he’ll stop eating at any given time. Give him cookies and he eats on even though his stomach is painful.”

It is well-established that sugar is a contributor to obesity, heart disease and many other chronic illnesses. According to JAMA,one in three children in the United States are overweight or obese. A large-scale, 20 year study published in the New England Journal of Medicine found that people who increased their daily consumption of sugary drinks by just one 12-once serving gained an average of an extra pound every 4 years.

If you think that’s bad, the prognosis gets worse. A new study  performed at the University of Adelaide found that in obese individuals, the body’s capacity to determine fullness becomes damaged, perhaps permanently.

Researchers speculate that this may be one reason why most people who diet end up putting the weight that they lost back on: they do not feel full, and therefore are unable to satisfy their hunger without overeating.

Stephen Kentish, a PhD student at the University of Adelaide, along with the study’s lead author, Associate Professor Amanda Page, discovered that the nerves in the stomach that sigal fullness to the brain seem desensitized after a high-fat diet is consumed for a long period of time. Losing weight did not reverse the effect.

Professor Page states, “the stomach’s nerve response does not return to normal upon return to a normal diet. This means you would need to eat more food before you felt the same degree of fullness as a healthy individual.”

She continues, “we know that only about 5% of people on diets are able to maintain their weight loss, and that most people who’ve been on a diet put all of that weight back on within two years… More research is needed to determine how long the effect lasts, and whether there is any way – chemical or otherwise – to trick the stomach into resetting itself to normal.”

So, if your child begins to expect sugar as a reward, even if it’s only on rare occasions, the excitement for the sugar could easily develop into sugar cravings, and then to sugar addiction.

This would then spike the child’s risk of obesity and a host of other health issues, and if they do become obese, it may be very difficult indeed for them to permanently shed the extra pounds and lead an optimally healthy life.

Next time your child achieves something worth celebrating, perhaps doing your child’s favorite family activity together, or tickets to a much-anticipated concert, would be a better prize. It does not make sense to reward children with something that can greatly compromise their well-being.