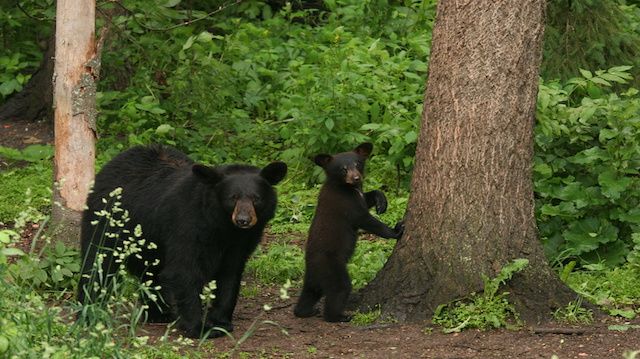 Bears are often considered cute, curious animals when observed from behind zoo glass, but in the Alaskan wild they reveal a more mischievous nature. Since Tuesday, Mary Maley’s YouTube video of a bear gnawing and smashing her kayak, as she pleaded for it to stop, went viral. The scene of her short bear documentary took place in Southeast Alaska, no odd place for bear encounters.

Maley was on a solo kayak trip spanning 172 kilometers from Ketchikan to Petersburg when a bear playfully decided to end her voyage. Fortunately, the bear kayak attack happened at a U.S. Forest Service cabin in Berg Bay. She was quite lucky, avoiding a potential up-close-and-personal encounter with the bear.

“I had just carried my tent, food, and all my gear into the cabin to dry while I went on a four-mile hike that begins just behind the cabin,” Maley wrote in her YouTube caption. “I heard something outside as I ate my lunch, and well, I never got to go on that hike.”

She began filming five minutes after the bear appeared sauntering outside her temporary shelter. In the video, the bear appeared to be curious of Maley, a new visitor to the cabin. “Thank you for leaving my kayak alone!” she graciously said to the bear at the beginning of the video.

However, as the bear approached the cabin where Maley filmed, the mood changed and Maley became a bit more aggressive. “I’m going to pepper spray you in the face, that’s what I’m gonna do to you,” she shouts before spraying the bear in an attempt to dispatch the Alaskan native from the grounds. 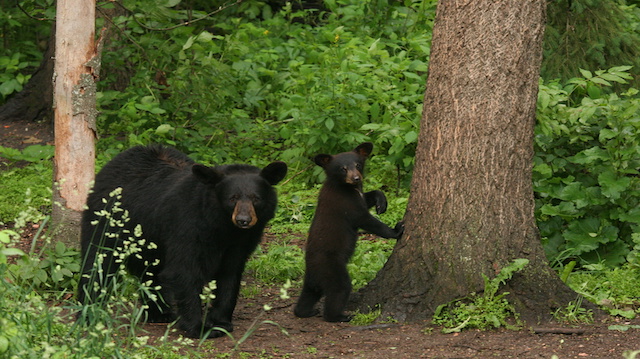 Unfortunately for Maley, the pepper spray was ineffective and the bear appeared to take offense. This diverted the bear’s attention to Maley’s kayak, her only mode of transportation off the inlet, and payback ensued. The bear began chewing the kayak, smashing it with its giant paws and flipping it over like a toy.

When you are out in the wilds of nature, you are no longer at the top of the food chain. Whether you are deep in the Alaskan wilderness or surfing the oceans of the world, you willingly put yourself at the mercy of some of nature’s most formidable animals.

Did Maley overreact by spraying the bear with pepper spray? Maybe, and maybe not. On the one hand, curious bears can cause severe harm even if they are just playing. On the other, the black bear in her video may have wandered off after a few more minutes of poking around. To the dismay of the bear, it received a face full of pepper spray, and “an eye for an eye” was justified in the bear’s mind.

Maley had a reason to be so emotional in the video, since the kayak was essentially her lifeline. Without it, she was forced to swim to a nearby boat in the bay and later hitchhike to Wrangell, Alaska. She was still trying to repair her kayak the day she released the video on YouTube.

How would you react to a surprise visit from a bear?