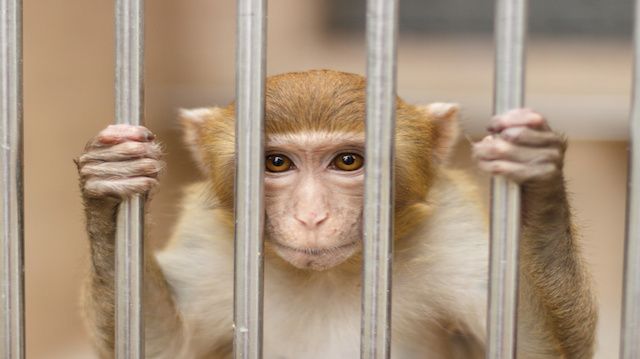 This list doesn’t include large animals, such as lions, tigers and bears. Most — but not all — people realize that big, wild carnivores are unsuitable for pet-keeping. It’s the smaller, faddish pets that are typically the problem.

Burmese pythons
The Florida Everglades is in the midst of a Burmese python epidemic, the result of either escape from or release by owners. The Burmese python is one of the world’s largest snakes, with no predators in the Everglades other than alligators and people. The pythons are considered responsible for declines in native species, including the bobcat. Yes, a six- to nine-foot-long python can choke a bobcat to death. They have decimated populations of the endangered Key Largo wood rat.

Caimans
The urban legend about alligators in the New York City sewer system probably resulted from the practice of New Yorkers returning from Florida vacations with baby alligators and then disposing of them when the reptiles began maturing. The caiman is the modern version of that story, but it is unfortunately true. Caimans span between five and six feet in length when fully grown. Mature caimans bite and become nasty during breeding season. That’s when they’re usually dumped. Since they can’t survive cold temperatures, they will die in any region that isn’t warm year-round.

Gambian pouched rat
Also known as the African pouched rat, the Gambian pouched rat is roughly the size of a domestic cat or a raccoon. That makes them the world’s largest rat. Like all rodents, they have sharp teeth and love chewing, which makes them quite destructive in a home environment. If they bite a person, it’s painful. When released into the wild, they easily overwhelm native species in their hunt for food and are prolific breeders. Gambian pouched rats carry diseases and are believed responsible for an outbreak of monkeypox in Florida.

Monkeys
Small monkeys are cute, but they do not make good pets. Squirrel, vervet, macaques and rhesus monkeys are the species most common in the exotic pet trade and the most likely to be released in the wild once the owners discover the animals’ biting and destructive tendencies. Since monkeys are human’s closest ancestor, they are also a source of zoonotic diseases, or diseases people can catch from animals. This includes the hepatitis B virus.

Red-eared slider turtles
Red-eared slider turtles were once a staple of pet stores. Then they were held responsible for various salmonella outbreaks, and their sale was outlawed in many states. Although red-slider turtles are native to the Mississippi River and its environs, in other parts of the country they are an invasive species that breeds with native turtles, endangering the continuation of these animals.

Serval cats
This wild African cat is much smaller than a leopard, but it shares similar markings. When mature, servals range between 40 and 50 pounds. Although some serval cats raised from kittenhood can become somewhat tame, they are wild animals with special needs. They are not housecats — they require a habitat resembling their native territory. They don’t use litter boxes, and they need specific meals, not commercial cat food. Servals need to hunt and have a 50 percent kill rate, the highest of all wild felines. Forget the serval and adopt a tiger-striped kitty from the shelter.

Wolf dogs
Wolf dogs, also known as wolf hybrids, are canines with a mix of wolf and domestic-dog blood. Even though they have domestic-dog ancestry, the wild genes make the wolf dog an unpredictable and dangerous pet. Unlike domestic dogs, wolf dogs have no desire to please their owners. Training, including housebreaking, is difficult if not impossible. Kids and smaller animals are particularly vulnerable around wolf dogs. If a person can’t handle a wolf dog and lets into the wild, the animal will almost certainly die. It might start hanging around homes looking for food, with terrible consequences for pets and people.

Think carefully before bringing any pet into your home. They are a lifetime commitment. Exotic pet fads come and go — almost always to the animal’s detriment.