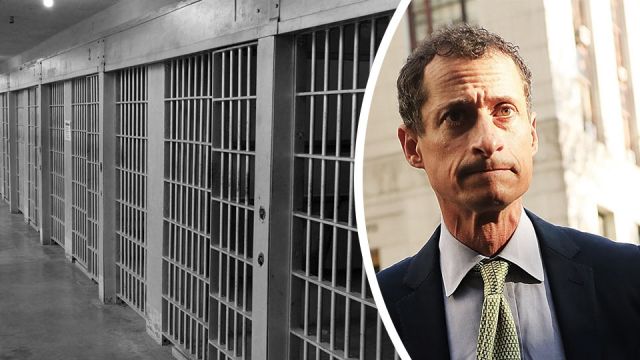 On Monday, Anthony Weiner was sentenced to 21 months in prison for his sexting case, where he send obscene messages to a 15-year-old girl.

The sexting case played a crucial role in the 2016 presidential election, as it was the reason the FBI re-opened Secretary Hillary Clinton’s email case, as his former wife, Huma Abedin, was a top aide to Clinton.

Weiner pleaded guilty in a New York federal court to the felony charge of sending explicit messages to a North Carolina teenager, which was part of a plea agreement.

At one point, prosecutors wanted a sentence of up to 27 months, calling Weiner’s conduct “very serious.”

According to court documents, Weiner fully knew that the victim was a high school student, yet still decided to send her lewd messages.

Prosecutors say, “With full knowledge that he was communicating with a real 15-year-old girl, the defendant asked her to engage in sexually explicit conduct via Skype and Snapchat, where her body was on display, and where she was asked to sexually perform for him.”

“The 53-year-old had shown a ‘dangerous level of denial’ and ‘lack of self-control’ that could put other teenagers at risk,” prosecutors had earlier said.

Weiner, who was a member of the United States House of Representatives from New York’s 9th district from 1999 to 2011. He also had a failed mayoral run for New York City.

During a passionate statement made in May, Weiner said he “compulsively sought attention from women,” engaging many of them in sexual and non-sexual conversations.

Weiner says that his behavior started when he entered Congress and continued until the first six months of 2016.

He said his behavior started when he entered Congress and it continued through the first six months of 2016.

“These destructive impulses brought great devastation to my family and friends, and destroyed my life’s dream of public service,” said Weiner.

Weiner said he had depths of his sickness and tried to enter “intense treatment.”

Weiner is pictured below with his former wife Huma Abedin, who filed for divorce in May.

“I have a sickness,” Weiner said, “but I do not have an excuse.”