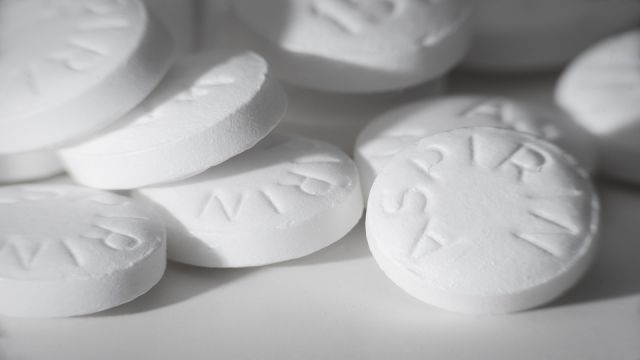 For over 30 years, taking a daily low dose Aspirin has been the go-to method for preventing stroke and heart attack in at-risk individuals. Over the past decade, however, there has been some discussion regarding its effectiveness and the risks associated with such constant exposure including bleeding in the brain. So what is the truth behind low-dose aspirin and could it really cause your brain to bleed?

Recent studies say “yes.” Low dose aspirin taken to prevent heart disease and stroke has been definitively linked to an increased risk of bleeding in the skull. This information is presented in a recent report that looked at the results of 13 previous studies in which over 130,000 people ages 42 to 74, who didn’t have a history of heart disease or stroke, were given either low-dose aspirin or a placebo for the prevention of these conditions.

The study, published May 13th in the Journal JAMA Neurology concluded that “Among people without symptomatic cardiovascular disease, use of low-dose aspirin was associated with an overall increased risk of intracranial hemorrhage, and heightened risk of intracerebral hemorrhage for those of Asian race/ethnicity or people with a low body mass index.”

This isn’t the first report to demonstrate such alarming findings, either. A placebo-controlled trial study of nearly 20,000 healthy Australian and American test subjects with a median age of 74 and no history of heart disease, dementia or persistent physical disability showed similarly shocking results. This study used a placebo group as a control and found that “Aspirin use in healthy elderly persons did not prolong disability-free survival over a period of 5 years but led to a higher rate of major hemorrhage than placebo.”

Physicians and scientists have long been concerned that the risks outweigh the benefits but have continued to prescribe daily low-dose aspirin. Thankfully, the American College of Cardiology and the American Heart Association have finally caught on to the concerning research and changed their guidelines. They announced in March of 2019 that daily low-dose aspirin is no longer recommended as a preventative measure for older adults without high risk or history of existing heart disease.

So why was aspirin ever prescribed in the first place?

The theory behind daily low-dose aspirin is relatively sound. It had been recommended for years for the older population due to its ability to prevent platelets from forming a clot. Unhealthy people, or people at a higher risk of heart disease, have fatty deposits in their arteries called atherosclerotic plaques. These deposits can eventually break off and trigger clotting which leads to obstructed blood flow and potential ischemic stroke and myocardial infarction.

The American Heart Association still recommends low-dose aspirin for those who are at the highest risk for cardiovascular disease but the lowest risk of bleeding. However, they caution against use until consulting a doctor. If you have a history of heart disease do not stop or start daily low-dose aspirin without talking to your doctor and understanding the risks.

Keep in mind that you may be at a higher risk of cranial bleeding if you are older, have kidney disease, heart disease, anemia, diabetes, high blood pressure, or a history of ulcers or bleeding in the gastrointestinal tract. Medications, such as nonsteroidal anti-inflammatory drugs, steroids, direct oral anticoagulants, and the blood thinner warfarin, can also elevate your risk of internal bleeding.

Other ways to reduce your risk

Even if you are a healthy individual, you may still be at risk for heart disease so it is vital to cultivate a healthy diet and lifestyle rather than turning to potentially dangerous medication. This preventative action is highly recommended by cardiologists as the best course of action when seeking to lower your chances of heart attack or stroke.

At least 30 minutes per day of moderate to intense exercise is absolutely vital for a healthy body and mind.

According to the American College of Cardiology, tobacco use is the leading preventable cause of disease, disability, and death in the United States.