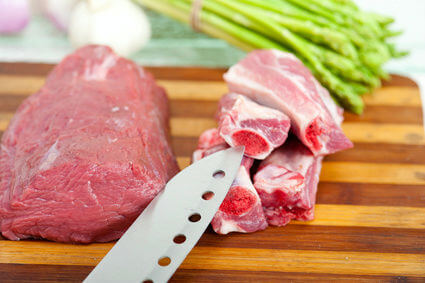 The recent outbreak of Salmonella linked to Foster Farms chicken has renewed the worries of many people regarding foodborne illnesses. To date, about 340 people across the United States have reported becoming ill, and about 40 percent of these people have been hospitalized.

According to The Oregonian, Mexico currently has a ban on the imports of Foster Farms chicken from three separate plants as a result of this recent outbreak. Earlier this month, the USDA nearly closed these three plants due to feces found on chicken carcasses, poor sanitation and “direct product contamination.” Nethertheless, no recalls have yet been issued.

Bob O’Connor, the food safety manager at Foster Farms, made a statement to The Oregonian claiming that tests of whole chickens by the USDA’s Food Safety and Inspection Service (FSIS) consistently showed a zero percent Salmonella contamination rate. Ironically, however, when the FSIS tested the chickens after they had been processed, they found a 25 percent Salmonella contamination rate.

The fact that Salmonella is appearing on chicken AFTER processing is very telling, and points to serious flaws in the processing procedure and the inspection thereof. Sadly, these flaws are by no means unique to Foster Farms; many commercial chicken manufacturers observe very similar – if not identical – practices.

Eating organic, free-range chicken is a better choice, for many reasons including better living conditions for the chickens, higher nutritional content and the prohibition of antibiotic use on healthy birds. They have also been linked to decreased instances of antibiotic-resistant bacteria strains.

However, even if your chicken is organic, proper cooking and handling is a must, because, as Ben Chapman, a food safety specialist and assistant professor of food science at North Carolina State University points out, “chicken in general carries risk, whether it’s part of this outbreak or not. There’s pathogens on raw chicken regardless of where it comes from.”

The following are crucial steps to take when preparing any meat to keep foodborne illness out of your kitchen and off of your dinner table:

Thaw your meat in the refrigerator or in cold water. Never thaw on a counter at room temperature. The outside of the meat should not be above 41 degrees Fahrenheit for over four hours.

These guidelines apply to any type of meat, not just chicken. Although some people like to eat some meats rare, steak and fish, for example, the risk of foodborne illness is much higher if meat is not cooked thoroughly.