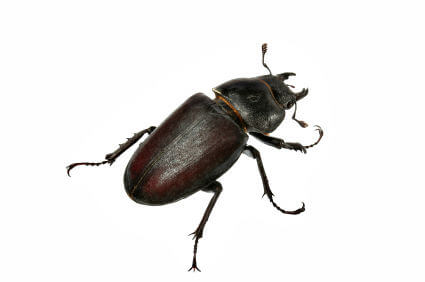 The news that Dannon creates some of its yogurt using the crushed bodies of cochineal beetles was enough to make many people a bit nauseous, in addition to creating a stir within the Center for Science in the Public Interest.

The beetles are used to make the color additive referred to as carmine in order to produce the bright red hue found in yogurt flavors like strawberry, cherry, boysenberry and raspberry.

As reported by The Huffington Post, the CSPI is concerned that the ingredient may prove problematic for vegetarians or consumers with dietary restrictions, while allergies could also pose an issue.

The company’s senior director of public relations did not apologize but instead noted, “any of our products that contain carmine clearly list it as an ingredient. Anyone who wishes to avoid it can.”

Until now, how many people even knew that carmine was made from insects?

Whether or not Dannon decides for safer, plant-based colors is unknown, and doesn’t seem to be likely. It does highlight the fact that it’s difficult to know what you’re really getting in processed foods. As the PR director points out, the industry labeling standard is to list color additives such as carmine under “natural colors.” After all, beetles are a natural ingredient.

If you’d rather know exactly what you’re getting when you sit down to eat, it may be time to learn how to make your own yogurt. An almond milk yogurt is delicious and nutritious, as it contains important nutrients that are naturally found in almonds such as healthy fat, fiber, vitamin E, minerals and antioxidants.

Directions: First make almond milk by blending the almonds with the water in a food processor, then add the honey and blend for another 20 seconds or so. Strain the mixture to remove any unblended parts of the almonds from the liquid using a cheesecloth, tea ball or nut milk bag (found at specialty food stores).

The almond milk should be close to body temperature; if it’s not, heat on low until it reaches body temperature and no longer. You’ll add the culture starter next, but as these products vary, you’ll have to check the package for specific directions and amount.

If you use an automatic yogurt maker, it will alert you as to when the fermentation process is complete, but don’t worry if you don’t have one as you can use a Dutch oven. Either option takes about 8 hours, but typically it is fine to go a bit longer, you will just get a thicker yogurt.

For those who don’t have an automatic yogurt maker, place the almond mixture into a Dutch oven and onto the stove on a warm setting for 8 hours, or place it into a sealed crock pot that is warmed but unplugged, for 8 hours.

Once the almond milk has fermented, remove it from the yogurt maker, Dutch oven or crock pot and place it in the refrigerator for 4 hours to slow/stop the fermentation process.

Add fresh organic fruit, a dash of cinnamon or raw honey to sweeten, and you’ve just made your own yogurt! Enjoy – beetle and chemical free.