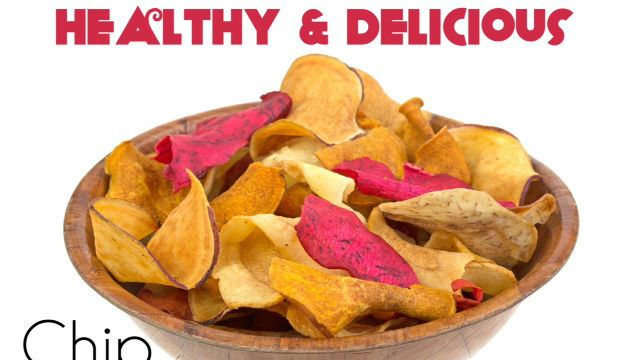 Potato chips are one of the most common cravings reported throughout the Western world. In fact, Americans consume over one billion pounds of these crispy snacks every year. School cafeterias and office lunchrooms are lined with vending machines dispensing the big-name brands, and for many people, a lunch is not complete without a bag of chips on the side.

Unfortunately, eating processed potato chips is contributing to both surging obesity rates and increasing instances of chronic disease in this country. The ingredients used in most potato chips, along with the way they are processed, result in a highly unhealthy snack. Especially when they are consumed in large amounts, eating packaged chips can do a number on your health.

The following are a few reasons to put down that bag of potato chips:

These imposter fats are an absolute health nightmare, as they are known to clog arteries, increase LDL ‘bad’ cholesterol levels, and lower HDL ‘good’ cholesterol levels. They have been linked to obesity, heart disease, type 2 diabetes, aggression and cancers. They are also associated with cognitive decline in older individuals.

Due to a large body of research about the ills of trans fats coming to light in recent years, many food manufacturers have cut down on their use of trans fats, and a number of packages now sport the “zero trans fat” label. However, these foods can still legally contain up to half a gram of trans fat, and many health experts agree that there is no amount that is safe to consume.

Acrylamides are chemicals that are produced when carbohydrates are heated to high temperatures; the higher the heat, the more acrylamides occur. Deep frying is particularly associated with high acrylamide content. These chemicals are known to be carcinogenic, and are thought to have neurotoxic characteristics, as well. Potato chips are widely known to be the primary source of acrylamides in the American diet.

In fact, the state of California actually sued chip manufacturers in 2005, as their products did not contain a warning about high acrylamide content. It’s not just fried chips, either. Some baked varieties contain three times the acrylamide content of their fried counterparts.

Processed potato chips often contain much more than just potatoes, oil and salt. Many contain artificial flavorings and chemical preservatives. For one particularly unsavory example, Pringles stackable chips are composed of a mix of corn, wheat and rice flours, along with potato flakes. These ingredients are formed into a dough, molded, cooked in boiling oil, blown dry and sprayed with artificial flavors.

With all of the poisons that go along with opening that bag of potato chips, you’ll want to steer clear. However, that does not mean you have to give up chips entirely – just stick to the real thing!

The chip solution? Make your own healthy varieties!

Chip lovers, do not fret. It is remarkably easy to make your own healthy, delicious, homemade chips. While you can choose to use ordinary potatoes, they are not the healthiest choice, as they are mostly composed of starch, and offer little in the way of nutrients.

For our homemade chip recipes, we will focus on eight fantastic chip options: sweet potatoes, taro, beets, plantains, carrots, zucchini, kale and collard greens. All of these foods provide the body with vitamins, minerals and disease-fighting antioxidants, and make satisfying chips to snack on.

The process for making any of these ingredients into chips is simple. We will list specifics for each type below.

Bake at 325 degrees F for about 20 minutes. Along with sea salt, you may try a bit of cinnamon, and just a hint of clove. For a kick of spice, add some cayenne pepper.

Bake at 400 degrees F for about 20 minutes. The unique earthy sweetness of the taro root is best enhanced with just plain sea salt.

Bake at 300 degrees F for about an hour. Beets go great with some sea salt and black pepper.

Bake at 350 degrees F for about 20 minutes. Choose the green variety for the crispiest chips. Plantains are a great blank canvas for spice, so feel free to experiment. One great combination is sea salt, a bit of cumin, a dash of coriander and a bit of cayenne.

Bake at 400 degrees F for about 20 minutes. Try with sea salt, dill and some grated lemon zest.

Bake at 200 degrees F for 60 to 90 minutes. A great Mediterranean twist is sea salt, basil, oregano, a dash of thyme and a pinch of parsley.

Bake at 325 degrees F for about 15 minutes. Kale is great with just a bit of sea salt, but if you want a spicier chip, break out the cayenne pepper.

Bake at 325 degrees F for about 15 minutes. These chips are great with sea salt, black pepper and a bit of chili powder. If you wish, toss the chips in organic apple cider vinegar before cooking.

The dehydrator: another great chip-making method

To preserve even more nutrients from your chips, you may choose to dehydrate them instead of baking. The following is one of our favorite dehydrated chip recipes: