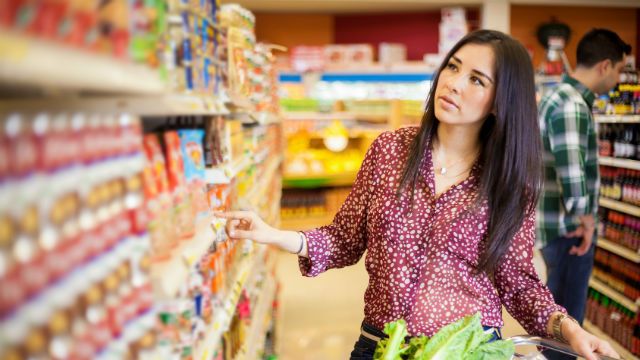 A commentary recently published in the Journal of Epidemiology and Community Health sheds light on some of the chemicals that can lurk in our food packaging, and the hazards that may come with exposure to them.

The authors state that science has not yet determined how these chemicals impact humans on a long-term basis, which is especially troubling as so many people consistently eat processed foods.

Even in legal amounts, these chemicals can be dangerous, and the authors especially expressed concern for developing fetuses. The chemicals are especially untested in combination with one another.

The commentary states, “whereas the science for some of these substances is being debated and policy makers struggle to satisfy the needs of stakeholders, consumers remain exposed to these chemicals daily, mostly unknowingly… Since most foods are packaged, and the entire population is likely to be exposed, it is of utmost importance that gaps in knowledge are reliably and rapidly filled.”

Mentioned in the commentary are over 4,000 chemicals that come into contact with food, under the blanket term ‘food contact materials’ (FCMs). A couple of these chemicals include the flame-retardant melamine, also used as a packaging adhesive, which has been linked to kidney failure and tumors in animal studies, and the widely-known carcinogen formaldehyde, found in some plastic bottles.

Commentary authors also expressed concern about bisphenol A (BPA) and phthalates. Although these latter two compounds have been banned from many baby and children’s products, they are ubiquitous in other plastic materials.

BPA has been linked to hormone disruption, behavior problems and other health issues, and phthalates have been associated with insulin resistance. Both chemicals have been implicated as contributing to our nation’s obesity epidemic.

The scary thing is that these are just the chemicals that our food is wrapped in… what is inside processed foods is just as scary, and in the case of some chemicals, much worse. The Daily Mail reports that a shocking 80 percent of the packaged foods sold in the US contain chemicals that are illegal in many other parts of the world due to health and safety concerns.

damage and birth defects, and artificial food colorings, which have been linked to behavior problems in children. Some artificial colorings have also been associated with tumors in animal studies.

The solution? Steer clear of processed foods as much as possible. Both the packaging and the foods themselves are teeming with potentially harmful chemicals, many of which have not been sufficiently tested.

If we as a nation want to enjoy better health and a better quality of life, it’s time to say no to the processed foods, and get back to a diet of whole, nutritious foods, just as nature intended.