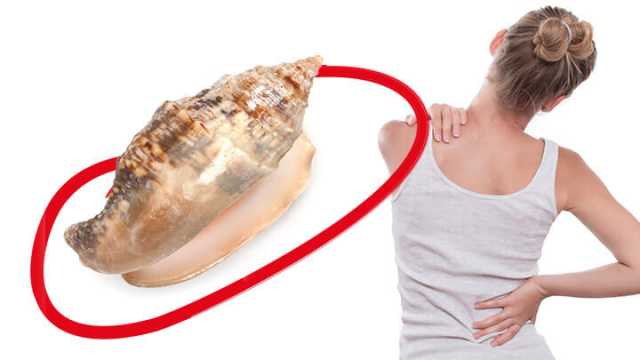 No one wants to be in pain. When we experience pain, the first thought on most people’s minds is how to make it stop. People who experience chronic pain have a particularly rough card dealt to them. They will often go to great lengths to experience relief.

One of these “great lengths” may be a prescription for opioid drugs. While these drugs may relieve pain at first, users may soon develop a tolerance. Then comes a whole host of other unpleasant and potentially dangerous side effects. Also, opioids are extremely addictive. Our nation is currently in the throes of an opioid abuse epidemic. It’s clear that other types of pain relief are necessary to present as alternatives.

While there are many natural options out there, the following are eight of the most “bizarre” ones, which you may not have heard of.

That’s right! New research has found that the venom of Conus regius sea snails, found abundantly in the Caribbean Sea, may be someday used to fight chronic pain. Researchers involved in a new study published in the journal PNAS experimented with a compound known as RgIA, a peptide present in this sea snail’s venom. The researchers based their experimentation on previous studies which found that RgIA may reduce pain in rodents.

Through computer modeling and engineering with synthetic chemistry, the researchers found that one analogue of RgIA, known as RgIA4, was bound with pain receptors. When the researchers gave this compound to rodents that had taken a chemotherapy medication, the usually painful side effects of the drug did not hurt them. What’s more, even though the compound left the rodents’ bodies after approximately four hours, the pain relief effects lasted for 72 hours.

While much more research needs to be done on this compound, this is definitely a notable step forward. It’s obviously crucial to make sure it works with humans and not just rodents, too. On the potential future of this compound, J. Michael McIntosh, one of the researchers, stated:

“Once chronic pain has developed, it is difficult to treat. This compound offers a potential new pathway to prevent chronic pain from developing in the first place and also offers a new therapy to patients with established pain who have run out of options.”

While many people may associate nettles solely with stinging their hands if they are not careful, these leaves may also help to relieve joint pain. A small study performed in the year 2000 found that applying nettles directly to osteoarthritic pain at the base of their thumb or index fingers worked to relieve the pain. Nettles possess anti-inflammatory properties which may also help relieve other types of inflammatory pain, such as the pain of gout.

No, not the candy kind, the real kind. Licorice root has anti-inflammatory properties. Researchers have found that it can potentially relieve the pain of arthritis and other inflammatory ailments. A 2009 study published in the Journal of Biomedicine and Biotechnology found that taking licorice orally helped to lower swelling and improve symptoms of arthritis.

You may not think that this common cooking and dressing oil could also relieve pain, but it’s true. Olive oil’s pain-relieving properties come from an anti-inflammatory phenolic compound called oleocanthal. According to the authors of a 2011 Deakin University study:

Here’s another delicious kitchen staple that may also help to fight pain — the mighty garlic bulb. If you’re familiar with garlic, you may already know that it contains antibacterial, antiviral, antifungal and anti-inflammatory properties. Since inflammation is at the root of many types of chronic pain, eating garlic regularly may help a lot.

A 2013 study published in the journal Food and Chemical Toxicology found that allicin, one active compound in garlic, had the power to reduce the production of inflammatory cytokines in the body. The study also found that garlic retained the greatest number of these properties when raw.

Turmeric, a star ingredient in curries, has amazing anti-inflammatory powers. This is thanks to curcumin, one of its main active compounds. Research performed in 2012 found that curcumin was effective in treating the pain of active rheumatoid arthritis.

It certainly sounds bizarre, but cursing every now and then when in pain may actually make the pain more tolerable! Research performed in 2009 found that people could keep their hands submerged in cold water longer when they were allowed to swear. This might not make all the pain go away if you’re in pain, but it could help!

You may have heard that laughter is the best medicine, and there is definitely truth in this statement. Laughter releases endorphins, which make you feel good. Also, releasing endorphins can help to alleviate, or at least ease, pain. So, find a reason to laugh every day!