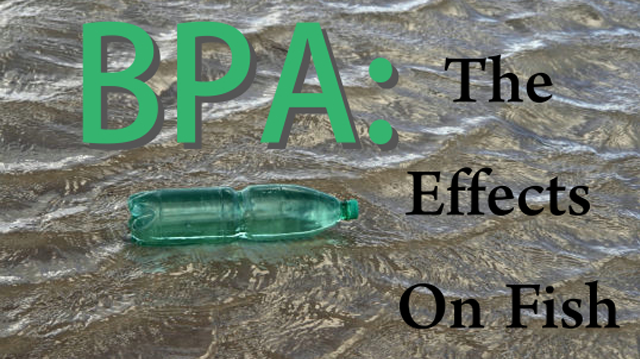 The fact that BPA can cause health problems is not exactly a new development. However, recent findings from fish studies show that it may cause fertility problems not just for the first generation exposed to it, but down through three generations that follow.

The effects of BPA on aquatic life

Findings from a study conducted by the University of Missouri revealed that up to three generations of offspring from fish exposed to Bisphenol A (BPA) had experienced decreased fertility and elevated embryo mortality. Scientists fear that similar exposure in humans could affect them and their children the same way.

BPA is an industrial chemical used in the manufacturing of some plastics and resins. It is used in a wide range of consumer products from water bottles to resins that line metal cans of food. BPA can leach out of the products made from it and enter into the environment, often ending up in streams and rivers. BPA is an endocrine-disrupting chemical that can affect the normal functioning of hormones in the body.

“BPA has been proven to mimic the function of natural hormones in animals and humans,” explained Ramji Bhandari, assistant research professor of biological sciences at the University of Missouri. “Fish and aquatic organisms often have the greatest exposure to such chemicals during critical periods in their development or even throughout entire life cycles. This study shows that even though endocrine disruptors may not affect the life of the exposed fish, it may negatively affect future generations.” 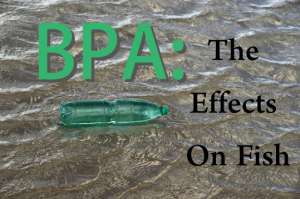 In the study, researchers took Japanese rice fish, or mendaka, and exposed them to chemicals with BPA during a one-week stretch within their embryonic development. Then they continued to study the offspring of the fish throughout four generations. None of the subsequent generations were ever exposed to the BPA chemicals. The first two generations of offspring did not show any obvious reproductive abnormalities. Other future generations did show a higher rate of embryo mortality and a lowered rate of fertilization.

None of the subsequent generations were ever exposed to the BPA chemicals. The first two generations of offspring did not show any obvious reproductive abnormalities. Other future generations did show a higher rate of embryo mortality and a lowered rate of fertilization.

“The shorter generations of the mendaka fish make it an ideal candidate for this type of study, and we can generally translate the findings from fish to humans as well,” explained Bhandari. “Findings showed a 30 percent decrease in the fertilization rate of fish two generations after exposure and a 20 percent reduction after three generations. If those trends continued, the potential for declines in overall population numbers might be expected in generations far removed from the initial exposure.”

Meanwhile, Don Tillitt, an adjunct professor of biological sciences and a research toxicologist with the US Geological Survey (USGS) pointed out, “This study examined concentrations of BPA and other chemicals that are not expected to be found in most environmental situations. However, concern remains about the possibility of passing on adverse reproductive effects to future generations at lower levels.”

Whether the fertility problems observed in the fish could be duplicated in humans or not, it doesn’t change the fact that we already know BPA causes a whole host of health issues. Scientific studies have already linked BPA with increased risk of heart disease, liver abnormalities, and diabetes. It has also been associated with hormone and brain development problems in fetuses and young children. Still more evidence has proven it can encourage the cellular growth of breast cancer in humans, as well as causing erectile dysfunction in men.