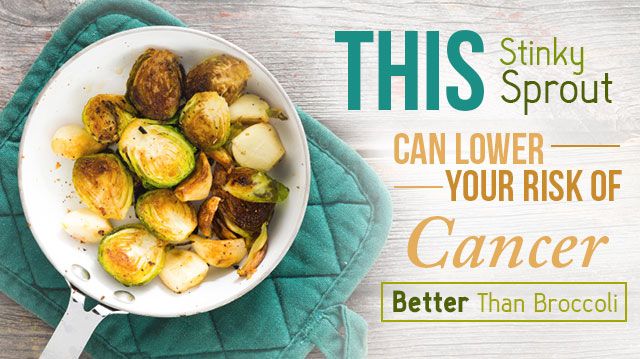 Every few decades, a new vegetable becomes the popular side dish in restaurants and in diets around the world. A few years ago, that vegetable was kale, but thanks to a resurgence of interest in old-fashioned eating, the lowly and much-hated brussels sprout is the new vegetable queen.

Brussels sprouts are more than just a trendy food. In fact, they carry numerous health benefits that can fight disease — they may even reduce your risk of getting cancer!

Brussels sprouts are a strange little cabbage-like plant that can be bitter when cooked improperly. But the high nutrient content of this little veggie makes it well worth learning to cook it right.

A single cup of brussels sprouts contains a significant portion of the recommended daily intake (RDI) of the following nutrients:

A study from 2011 published in Molecular Nutrition and Food Research found that sulforaphane reduced cancer activity by inhibiting an enzyme called histone deacetylase (HDAC) that encourages cancer cells to grow. Stopping HDAC enzymes through the use of sulforaphane is a simple way to reduce cancer risk as you age.

Studies suggest that brussels sprouts are most beneficial against the following cancer types:

In addition to the sulforaphane found in brussel sprouts, the veggie also contains a high amount of chlorophyll, which is linked with reducing the carcinogenic effects caused by cooking at high temperatures or charring meat when cooking. A 2001 study on chlorophyll published in the Proceedings of the National Academy of Sciences of the United States of America concluded that “supplementation of diets with foods rich in chlorophylls may represent practical means to prevent the development of hepatocellular carcinoma or other environmentally induced cancers.” 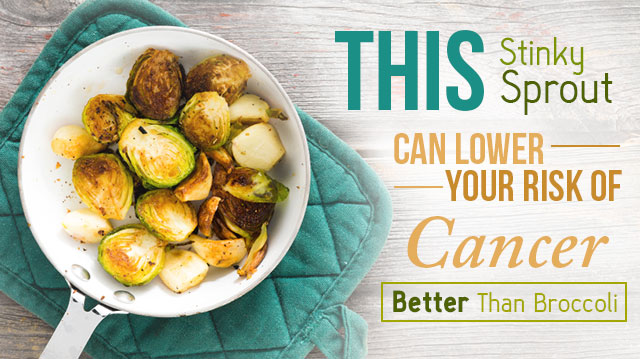 Luckily enough, you can find brussels sprouts served as a side dish at many trendy restaurants today. The cabbage-like texture of the sprouts make them easy to store and most grocery stores stock the sprouts year-round. If you are stumped on how to prepare brussels, try the following preparation methods:

Method 1: Steam the sprouts, then add flavor with organic butter, sea salt, pepper and garlic. Steamed sprouts may not taste the best, but the website The World’s Healthiest Foods states that this is the best way to maximize the nutrient content of brussels sprouts.

Method 2: Cut the sprouts in half with a knife. Toss them in olive oil with a small amount of garlic, sea salt and pepper. Roast the sprouts in the oven at 350°F for between 15 and 30 minutes until the edges just start to brown. This method is absolutely delicious!

Method 3: Add brussels sprouts to your next stew. They take on the flavor of the broth and add a great burst of colour.

If you want to reduce your overall cancer risk, it is easy to add a few more servings of cruciferous vegetables to your diet. With all the health benefits and tasty cooking methods available, brussels sprouts are a great choice to add to your side dish rotation.

What is your favorite brussels sprout recipe?