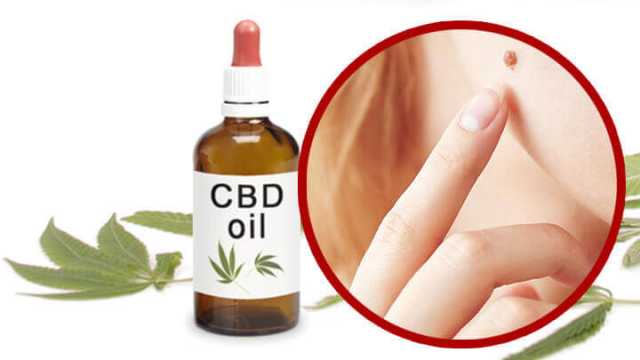 Moles: almost all of us have at least one, if not many more. While some moles are small, dotting our bodies or faces like cute freckles, some are larger and may protrude. These moles may cause anxiety and discomfort to those who sport them. Sometimes, we may think they’re simply unsightly. Other times, they may catch on clothes and furniture (think larger back moles). People who have these types of moles sometimes want them gone for good.

While most moles aren’t dangerous (more on that later), people that want a mole to go away, or at least to reduce in size and puffiness, often look into their mole removal options. The nuclear option is surgery to have the mole removed completely, but for a non-threatening mole, this is pretty extreme and it can be quite expensive. Wouldn’t it be great if there was a natural, safe option to reduce the size and protrusion of our moles?

As luck might have it, there may have been one under our noses (mole pun intended) all along. It comes in the form of a substance that is just recently receiving widespread research and use for its potent medicinal properties. This substance is cannabidiol, also known as CBD, one of the main active ingredients in marijuana and hemp.

Before we talk about CBD, however, let’s talk a little bit more about moles.

What exactly are moles?

Moles, also known as nevi, are the result of skin cells (called melanocytes) growing in clusters. Moles are often darker than the rest of our skin because sun exposure, adolescence and the hormonal changes that occur during pregnancy can darken the pigment, which is more concentrated in a mole than in the rest of your skin. According to the American Academy of Dermatology, nearly all adults (and especially those with lighter skin) have several moles.

The American Academy of Dermatology also states that most moles make their debut on our skin in the early years of our childhood. Most of them stop developing by the time we hit age 25, though sometimes new moles can grow after that time. It is also normal for moles to change slowly over time. Sometimes they become more raised or puffy. Sometimes the color may change, and, as many of us know, they often grow hair. Sometimes moles can even disappear on their own over time, but not all of us are that lucky.

Certain moles, especially those that are large or irregular in color and shape, may be a sign of melanoma, a type of skin cancer. We’ll talk more about that at the end of this article. For now, let’s focus on the common, benign mole and how CBD may be able to help.

What exactly is CBD?

CBD, or cannabidiol, is one of the major active compounds in marijuana (Cannabis sativa). It is not, contrary to what some misinformation may say, the substance that gets you “high” — that would be the THC. Because of its non-psychoactive nature, and significant medicinal properties, CBD in the form of cannabis oil and hemp oil is widely used medically around the United States, even in states where marijuana itself is still medically prohibited.

The healing properties of CBD stem from the fact that human cells have natural cannabinoid receptors. When cannabinoid compounds bind to these receptors, powerful natural healing can occur.

How can CBD help get rid of moles?

First of all, CBD is rich in nutrients and antioxidants. It contains vitamins A, C, D and E, all of which help to keep skin looking young and vibrant. Hemp oil is also high in both omega-3 and omega-6 fatty acids, healthy fats which keep skin supple and moist.

The way in which CBD may help with moles partly has to do with its vitamin A content. This vitamin may help to encourage the healthy growth of skin cells. Also, applying cannabinoids directly to the skin may help with a variety of skin conditions, including eczema, acne, dry skin, fine lines, wrinkles… and perhaps even moles.

On the subject of CBD and skin health, the authors of a 2013 study published in the British Journal of Pharmacology wrote:

“Phytocannabinoids, cannabidiol and cannabigerol are transcriptional repressors that can control cell proliferation and differentiation. This indicates that they (especially cannabidiol) have the potential to be lead compounds for the development of novel therapeutics for skin diseases.”

In fact, cannabidiol has even been studied for its potential help treat melanoma itself, with some encouraging results.

While there is not yet any research tying CBD specifically to treating moles, there is anecdotal evidence that apply CBD oil directly to moles may work over time. Because of the properties of CBD, it makes sense that this could work. Definitive research is needed, but if you live in a state where you have legal access to CBD oil, it can’t hurt to give it a try if you’ve been itching to have control over your moles.

Even more benefits of CBD

CBD has many important benefits, on top of what it can do for your skin. The following are just a few of the many:

When to see a doctor about your moles

As mentioned, most moles are completely benign. However, there are some warning signs that your mole may warrant a visit to the doctor. If you notice that any of the following symptoms apply to your mole, make an appointment as soon as you can.

If your mole does not fit these warning signs, and it is just a nuisance, consider giving CBD oil a try! It may just work.