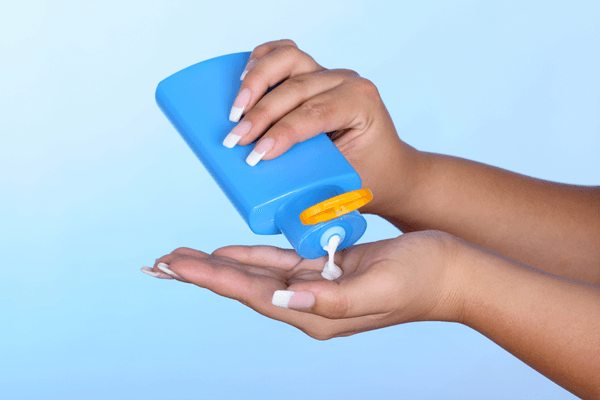 With more coverage in the media, the public has become more aware of the dangers of spending too much time in the sun and how sun exposure can contribute to cases of skin cancer. However, many questions have arisen over whether popular sunscreen products actually contribute to skin cancer.

While it is believed that the use of traditional sunscreens can stop or prevent slow moving squamous cell carcinoma, it only accounts for approximately 8 percent of skin cancers. Research shows that these sunscreens have no demonstrated impact on the development of more dangerous basal cell carcinoma or melanoma.

In a study published by SkinBiology.com, it was noted that many popular sunscreens contain numerous chemicals that may actually contribute to the development of melanoma and basal cell cancer, in addition to causing other significant health issues. Common chemicals found in most popular sunscreens include PABA and PABA esters (ethyl dihydroxy propyl PAB, glyceryl PABA, p-aminobenzoic acid, padimate-O or octyl dimethyl PABA), benzophenones (dioxybenzone, oxybenzone), cinnamates (cinoxate, ethylhexyl p-methoxycinnamate, octocrylene, octyl methoxycinnamate), salicyltes (ethylhexyl salicylate, homosalate, octyl salicylate), digalloyl trioleate, menthyl anthranilate and avobenzone (butyl-methyoxydibenzoylmethane, parsol 1789). The criticism is that these chemicals powerfully promote free radicals in the body, they are synthetic chemicals which accumulate in fat cells and have estrogenic characteristics that affect health in significant ways.

Free radicals have been found to be a strong contributing factor to the development of many forms of cancer, including skin cancer. For example, the chemical benzophenone interacts with ultraviolet sunrays to produce two of the strongest free radical reactions in the body. Combined with other molecules in the body, they bind with fats, proteins and DNA, which results in damage to skin cells and the development of cancer.

Instead of using sunscreen, there are other methods to protect yourself from the damaging rays of the sun. For example, there are many clothing products that are specifically designed to protect from the sun, including hats, shirts, pants and cover-ups. Wearing these items of clothing when you go outside will provide you with more protection from the sun than going outside without any protective clothing at all.

Another option is to use organic sunscreen, which are made from natural mineral and plant-based ingredients. Organic sunscreen products do not contain harmful chemical preservatives and often also includes ingredients that are soothing to the skin, such as lavender, aloe vera, jojoba oil, shea butter, coconut oil and green tea extract. Additionally, organic sun protection lotions and creams are safe for use on infants as well as children and adults.

Eating a diet that is rich in antioxidants can also help with skin care and help fight against the damage resulting from sun exposure. Diets high in antioxidants not only contribute to healthy skin, but can also boost metabolism and your immune system. Eat brightly colored foods and dark green leafy vegetables, such as blueberries, raspberries, Brussel sprouts, broccoli, cabbage, carrots and sweet potatoes. Other healthy antioxidant foods include tomatoes, spinach, grapes and garlic.

If you want to maintain healthy skin and lessen your chances of unwanted skin diseases and ailments, use natural organic skin protection products, wear protective clothing and eat a diet rich in healthy antioxidant foods. Above all else, limit the amount time you spend in the sun unprotected.