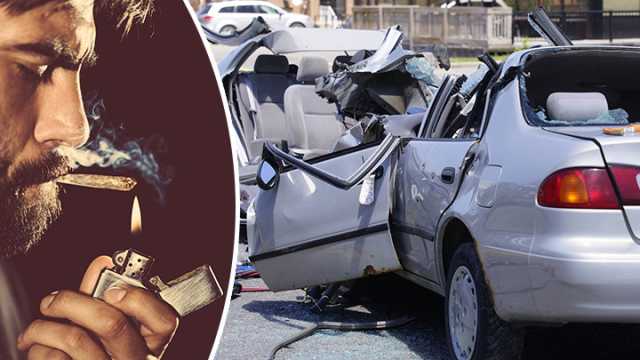 Science is supposed to be objective, right? So, it’s more than a little exasperating when studies conflict with one another. A case in point is the contradictory findings regarding a supposed link between marijuana legalization and auto crashes.

Studies paint a hazy picture of driving while buzzed?

The divergent results are enough to drive most people crazy. However, a close examination of the studies upon which the headlines are based can help reveal the limitations of scanning news banners. Put simply, journalists frequently gravitate towards attention-grabbing headlines, but in the process, they often misrepresent or distort the findings they are supposedly reporting.

Thus far, headlines depicting a dramatic spike in auto accidents in so-called “marijuana states” appear to get the most traction. Ironically, the study on which those headlines are based shows only a weak correlation (at best) between legalization and collision-related insurance claims.

The study, which was conducted by the Insurance Institute for Highway Safety, did not directly link whether marijuana intoxication was related to the collisions in question. Instead, it simply found that there was a slight (three percent) uptick in collision claims in states that had legalized recreational marijuana.

A scientific buzzkill: correlation is not causation

As any reputable scientists will tell you, correlation is not causation. It may be possible to correlate per capita chocolate consumption with graduation rates, but that does not mean eating chocolate will boost brainpower and raise test scores.

Simply put, correlational studies ignore the possibility of other variables. Therefore researchers view them as a starting point in a scientific investigation, not an end point yielding definitive conclusions. Therefore, the “journalists” who are reporting that marijuana legalization leads to a surge in auto accidents are doing a service to their readers.

On the other side of the divide, however, a study published in The American Journal of Public Health found no increase in fatal crashes in two states — Washington and Colorado — that had legalized recreational marijuana.

No evidence to slam brakes on marijuana reform

Despite being correlational, there are several reasons that the second study should be accorded more weight than the first. To begin with, it is congruent with a more extensive body of studies that have found that auto fatalities have actually declined in states that have legalized medical marijuana. And second, safety experts insist that policymakers should worry more about auto fatalities than the broader measure of collision claims (which probably encompasses both minor and cosmetic damage claims too).

None of this suggests that marijuana intoxication on the roadways is not a serious issue. Most federal research indicates that cannabis consumption prior to driving will impair a person’s reaction time, though not nearly as much as driving under the influence of alcohol.

Nevertheless, public policy should be based on credible science, not alarmist headlines that overstate the evidence from correlational studies. A majority of Americans now support legalizing recreational marijuana. Thus far, there is little persuasive evidence that relaxing restrictions on marijuana undermines road safety. Some people want to slam the brakes on cannabis reform, but sensationalistic headlines from a limited number of flawed studies are likely to be nothing more than a speedbump on the road to reform.