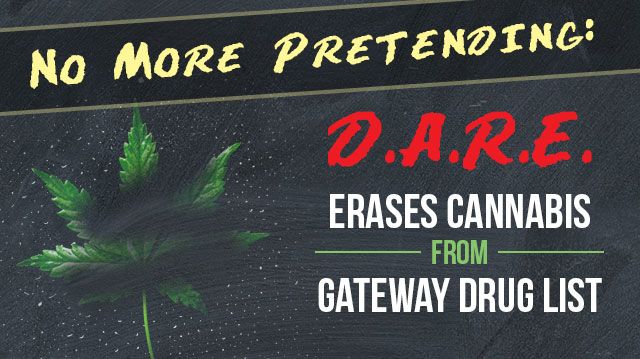 I don’t smoke pot, but if I had a medical condition that warranted its use, I would use it without a doubt. I probably would not smoke it as I don’t want to inhale smoke into my lungs.  I would, however, find another way to reap all of its amazing therapeutic benefits, such as juicing, capsules, or using its potent essential oil.

I must admit that I would even risk being arrested for the sake of taking responsibility for my health. I am a mother with three children, and if using cannabis effectively allowed me to continue to be a mother… I would not refuse it.

There is far too much compounding scientific evidence  (see below) to support its therapeutic value, and besides… it is natural,  who can argue with that?

As more and more states (23 to be exact, plus DC) legalize the medicinal use of cannabis, the pressure is really on the federal government to loosen their restrictions and classification of this herb.

Humans have cultivated and used the flowering tops of the female cannabis plant, known colloquially as marijuana, since history was recorded. Archaeologists in Central Asia even found over two pounds of cannabis in a 2,700-year-old grave of a shaman. Written and pictorial evidence of cannabis use is scattered throughout numerous cultures, indicating a wide acceptance and use of the plant for thousands of years.

“The D.A.R.E. Program and Gateway Drugs”

Most recently, albeit rather quietly, the Drug Abuse Resistance Education Program

(D.A.R.E.), one of the biggest organized anti-drug groups in the world, erased marijuana from their list of “gateway” drugs. There was no big fanfare, no news conference, nothing. Marijuana simply disappeared off the list on their website, which still contains tobacco and alcohol.

The gateway theory basically states that people who start using “soft” substances like tobacco, alcohol and marijuana will move on to “hard” drugs like cocaine or heroin. For years, the D.A.R.E. program has been teaching that marijuana along with alcohol and tobacco are very dangerous gateway drugs. Two outta three ain’t bad, but there has been a tremendous amount of miseducation taking place. Here is what the D.A.R.E. website had to say about marijuana in 2014:

“While the drug [marijuana] is being legalized in some states for medicinal and, in some cases, recreational purposes, there are many experts who still consider it the path to a life of ruin.”

No need to look at the past, however. I celebrate, along with many others, the fact that the program has taken this step to help end marijuana propaganda that has been going on for a very long time. I am glad that they were bold enough to get off the cannabis-bashing bandwagon and acknowledge what science supports.

Less ammunition for those against legalization

The disappearance of cannabis from the list gives those opposed to legalization of the plant a much smaller platform upon which to stand. Sorry to disarm you Debbie Wasserman Schultz.  Schultz, Democratic National Committee chair described pot as a dangerous gateway drug in an interview not too long ago. Here is what she had to say.

“I just don’t think we should legalize more mind-altering substances if we want to make it less likely that people travel down the path toward using drugs,” Schultz told The New York Times. “We have had a resurgence of drug use instead of a decline. There is a huge heroin epidemic.”

But she was actually far off course, studies show that the marijuana-gateway theory is wrong, hands down. Even the National Institute on Drug Abuse reports that most people who use cannabis don’t move on to harder or more dangerous substances. Sadly enough, The Intercept reports that Schultz has been badmouthing cannabis while accepting generous campaign donations from Big Alcohol and Big Tobacco. Now that makes a lot of sense, doesn’t it?

Although D.A.R.E. has made a courageous and historic stand by removing cannabis from their gateway list, federal prohibitions outlawing the therapeutic and recreational use of cannabis still remain. These restrictions were first imposed by Congress with the Marijuana Tax Act of 1937. Later, the plant’s organic compounds (cannabinoids) were classified as a Schedule I substance under the Controlled Substances Act of 1970.

This classification puts the plant in the same pool as heroin and states that cannabis possesses “a high potential for abuse… no currently accepted medical use… [and] a lack of accepted safety for the use of the drug… under medical supervision.”

In contrast, cocaine and methamphetamine, which are illegal for recreational use, may be consumed under a doctor’s supervision and are classified as Schedule II drugs. Examples of Schedule III and IV drugs include anabolic steroids and Valium. Analgesics that contain codeine are defined by law as Schedule V drugs, the most lenient classification.

There are over 20,000 published reviews and studies in scientific literature that pertain to the cannabis plant and its cannabinoids, almost one-third of these have been published in the last four years. A keyword search on PubMed Central (the U.S. government library of peer-reviewed scientific research) shows 2,100 studies alone since 2011.

Ray Cavanaugh, PhD, national director of the American Alliance for Medical Cannabis (AAMC), wrote the following in a 2002 article titled “The Plight of the Chronically Ill,” posted on the AAMC website:

Researchers at the University of California Center for Medicinal Cannabis Research announced findings from a number of randomized, placebo-controlled clinical trials on the medical utility of inhaled cannabis in 2010.

The studies used the FDA “gold standard” clinical trial design and reported that marijuana should be the “first line of treatment” for patients suffering from neuropathy and other serious illnesses.

Neuropathy is a type of pain associated with diabetes, cancer, spinal cord injuries, HIV/AIDS and other debilitating conditions. The trials indicated that marijuana controlled pain as well or better than available medications.

Scientists continue to study the effectiveness of cannabinoids all over the world. In Germany there have been over 37 controlled studies, with over 2,500 subjects, assessing the safety and efficacy of marijuana since 2005. In contrast, most FDA-approved drugs go through far fewer trials with less subjects but are approved for use. 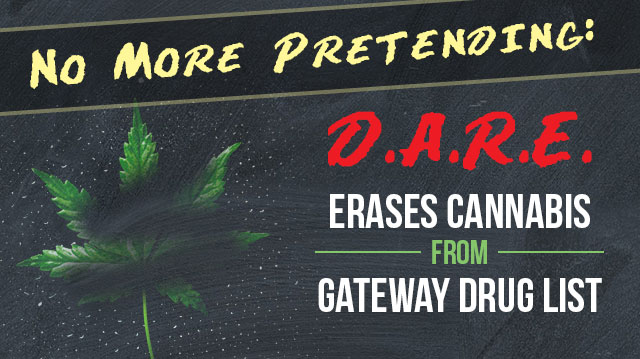 The research on cannabis has shifted from studying its ability to alleviate symptoms of disease, such as nausea associated with chemotherapy, to its potential role in modifying disease. Medical marijuana has been shown to slow the onset of Alzheimer’s disease and moderate autoimmune disorders, including multiple sclerosis, inflammatory bowel disease and rheumatoid arthritis.

Where does this leave us?

Is marijuana a gateway drug? No way. Does it have therapeutic value that we would be foolish to overlook? Most definitely. The decision of D.A.R.E. to remove marijuana from their gateway list sends a message to all engaged in the cannabis debate. As more and more forward momentum is gained and the falsities of this plant begin to fade in the light of the true evidence, there is hope for millions of people who suffer needlessly in pain when a natural and highly effective remedy exists.

Clearly, where conventional medicine has failed or needs help, alternatives such as cannabis can and are starting to fill the gap.