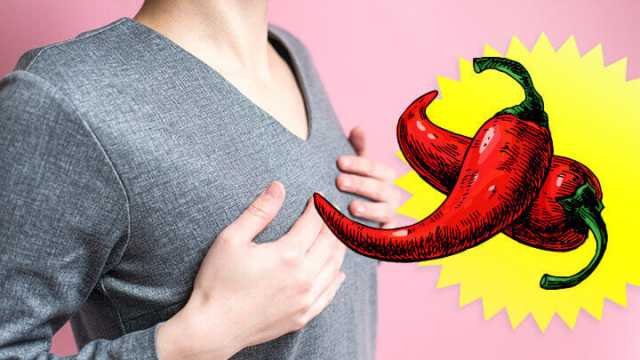 Ever bitten into a chili pepper? You either love it or you hate it, right? Well, here’s one reason to love it. Scientists now say the active compound that gives cayennes, jalapenos, habaneros and other chili peppers their spicy kick causes cancer cells to self-destruct.

There’s a good chance you know someone who has been affected by breast cancer — and with good reason. The World Health Organization says breast cancer is the most common type of cancer among women, both in the developed and the developing world. And the Centers for Disease Controls and Prevention (CDC) reports that 230,815 women and 2,109 men in the United States were diagnosed with breast cancer in 2013 (the most recent numbers available). Unless we find a cure, sadly, the CDC expects the numbers to increase dramatically by 2020. In the U.S., breast cancer is expected to increase in women by almost 20 percent. That’s epidemic, which is why this research is so important.

Breast cancer is classified by the presence or absence of three receptors known to encourage the spread of cancer cells. These receptors are estrogen, progesterone and receptor 2 (HER2). Breast cancers that test positive for HER2 typically respond well to common treatments. Cancer that is estrogen-receptor-positive indicates that the cancer cells, like normal breast cells, may receive signals from estrogen. Cancer that is progesterone-receptor-positive indicates that the cancer cells may receive signals from progesterone. 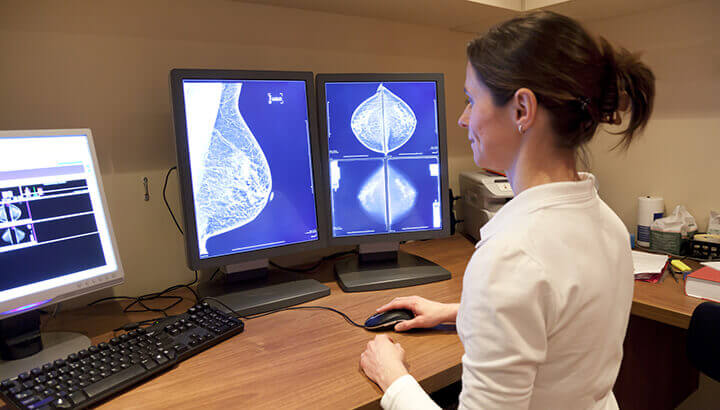 Additionally, the treatment caused tumor cells to die in larger numbers. And the surviving cells no longer moved as quickly as before. That implied that the cancer cell’s ability to form metastases in the body was impeded. Unfortunately, eating or inhaling capsaicin is insufficient, says Dr. Hatt. Therefore, switching on the TRPV1 receptor with specific drugs might constitute a new treatment approach for aggressive cancers.

Beyond cancer research, capsaicin has been included in numerous studies and proves to be beneficial for a variety of conditions. These include:

A 2013 study published in African Health Sciences found that capsaicin produced both analgesic and anti-inflammatory effects in animal models. These effects were comparable to using diclofenac, a nonsteroidal anti-inflammatory drug or NSAID. 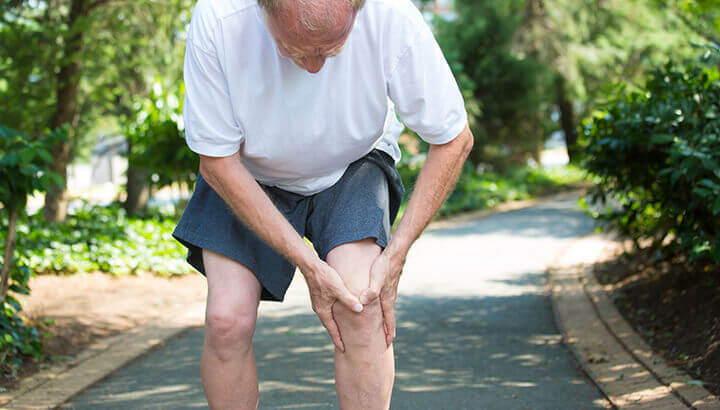 Capsaicin, in topical, gel or patch form is now a recognized treatment option for osteoarthritis pain, according to the Arthritis Foundation. It works by depleting the amount of a neurotransmitter called substance P, which sends pain messages to the brain. Initially, it may cause burning or stinging as substance P is released and then depleted. But, to prevent substance P from building up again, it must be used regularly.

In 2012, scientists reported that chili peppers were a heart-healthy food with the potential to protect against the number one cause of death in the developed world. The report was part of the 243rd National Meeting and Exposition of the American Chemical Society. Previous research suggested that spicing food with chilies lowers blood pressure, reduces blood cholesterol and eases the tendency for dangerous blood clots to form, said Dr. Zhen-Yu Chen, who presented the study. Now researchers have a clearer and more detailed picture of capsaicin effects.

Researchers found that capsaicin was linked to lowering cholesterol and reduced levels of the LDL “bad” cholesterol (which deposits into blood vessels). However, it did not affect levels of HDL “good” cholesterol. Capsaicinoids were also found to block the activity of a gene that produces cyclooxygenase-2. This is a substance that makes the muscles around blood vessels constrict. By blocking it, muscles can relax and widen, thus allowing more blood to flow.

A 2015 study published by Cochrane reported that overall breathing through the nose in patients with non-allergic rhinitis improved when treated with capsaicin compared to placebo. In fact, capsaicin also seems to work better than other common types of nasal medication, including steroids.

A study published in The BMJ suggested that “participants who ate spicy foods almost every day had a 14 percent lower risk of premature death compared to those who consumed spicy foods less than once a week.” In fact, frequent consumption was also linked to a lower risk of death from cancer as well as ischemic heart and respiratory system diseases. And apparently, this was more evident in women than men.

Perhaps that’s why Hillary Clinton loves her jalapeno peppers. “I read an article about the special immune-boosting characteristics of hot peppers, and I thought, well, that’s interesting because, you know, campaigning is pretty demanding,” Clinton told the National Public Radio. 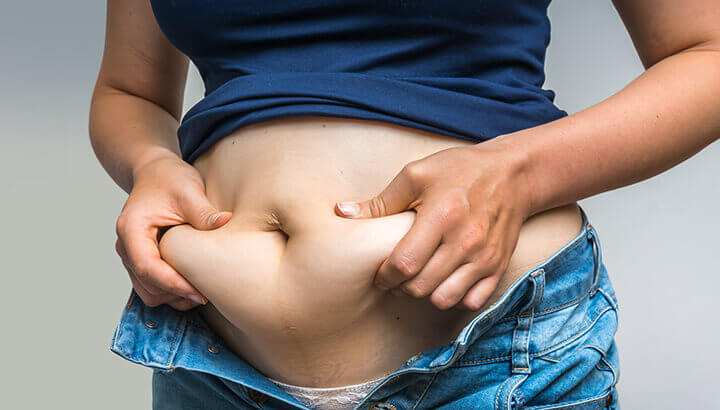 Visceral fat is excess intra-abdominal “deep” fat that’s stored further underneath the skin than subcutaneous belly fat, according to Dr. Josh Axe. It’s gel-like fat that’s actually wrapped around major organs, including the liver, pancreas and kidneys. This is why it’s especially dangerous.

And just because you’re not sporting a protruding belly, doesn’t necessarily mean you don’t have visceral fat. Anyone can have visceral fit, many without even knowing it. Visceral obesity contributes to the development of obesity-related disorders including diabetes, hyperlipidemia, fatty liver disease and cardiovascular diseases.

Research from the University of Ulsan, Korea, studied topical applications of capsaicin to reduce the accumulation of visceral tissue. The study suggested that applying capsaicin topically to obese mice limited fat accumulation in the abdomen. Researchers also found that topical applications could reduce inflammation and increase insulin sensitivity.

So, it seems a little chili pepper can really benefit your body in a big way. Keep in mind that for some, capsaicin may cause digestive distress, particularly for those who aren’t used to eating them. The bottom line is, if you love your chili peppers and would like to benefit from the health benefits, go for it. However, if you experience any upset stomach, avoid them.