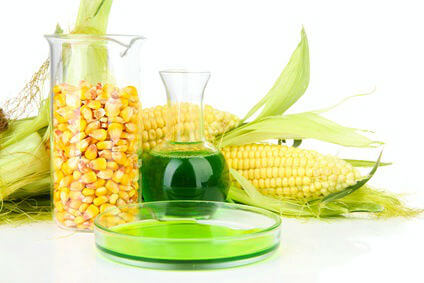 China has recently rejected a large shipment of corn imported from the United States, due to the discovery of contamination by a strain of unapproved GMO corn.

The offender, Syngenta AG’s Agrisure Viptera corn, also known as MIR 162, has not received approval from the Chinese government in Beijing. This strain is specifically engineered for resistance against certain insects, and is common throughout the United States.

The corn shipment of between 55,000 and 60,000 tonnes was stopped by the Shenzhen quarantine bureau in the southern province of Guangdong after it was already unloaded, and will likely be re-routed to Japan or South Korea.

A similar incident occurred back in 2010, when the Shenzhen quarantine bureau refused another corn import from the United States upon discovering traces of unapproved GMO strains.

One trading manager in Guangdong commented, “we are worried. At this stage, we have to wait and see before making any judgment whether the government is sending a signal to the market that it does not want more imports or whether this is simply a quarantine issue.”

Some traders see this contamination as an isolated incident, but others are growing increasingly concerned. China is the third-largest corn importer in the world, and currently imports nearly all of its corn from the United States.

This incident marks the most recent in a chain of events in which unexpected GMO strains appear where they are not supposed to be. Earlier this year, an alfalfa crop growing in Washington state was found to be intermixed with a GMO variety, and before that, we saw unexpected GMO contamination in the wheat fields of Oregon.

After the alfalfa contamination happened, campaigners for March Against Monsanto saw the event as compounding evidence that GMO crops, once they are unleashed, are proving highly difficult – if not impossible – to contain.

George Kimbrell, senior attorney at Portland, Oregon’s Center for Food and Safety, states, “it’s telling that these things keep happening repeatedly. It’s a systemic problem. We have a failed regulatory system for these crops.”

The Syngenta corporation, the manufacturers of MIR 162 corn, are shaking off responsibility for the contamination of the latest shipment to China, not surprisingly. Paul Minehart, Syngenta’s head of Corporate Communications in North America, commented, “Syngenta is not aware of any such incident.”

It is becoming increasingly clear that GMOs have a tendency to spread beyond their approved confines. The biotech industry and its supporters will sooner or later have to face the fact that this is not a phenomenon that is easily controlled, and one that may have severe consequences.