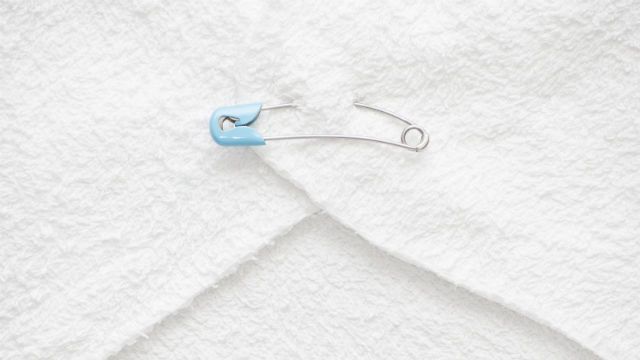 Since every parent wants to do what is best for their child, few topics are centered around more debate than the cloth versus disposable diaper issue. There are proponents on both sides that argue the pros and cons.

Like anything else, it’s worth doing a little research if you’re unsure where you sit on the issue.

Disposable diapers are rather infamous for the tremendous waste that ends up in landfills and takes seemingly forever to degrade. They also require a lot of raw materials for their production.

The only environmental impacts from cloth diapers appear to be the use of a great deal of water and electricity for their continuous washing and drying.

The American Academy of Pediatrics takes a neutral position on the whole debate between disposable and cloth diapers, as does the Environmental Protection Agency (EPA). According to a spokesperson from the EPA:

“Disposable diapers fall under the category of municipal solid waste, which means the material is safe to be disposed of in a U.S. municipal solid waste landfill. In the U.S., modern landfills are well-engineered facilities that are located, designed, operated, and monitored to ensure compliance with federal regulations which aim to protect the environment from contaminants which may be present in the solid waste stream.”

The World Health Organization (WHO) states that dioxin exposure can lead to altered liver function and skin reactions. They also say it can cause impairment to the nervous system, endocrine system, immune system, and reproductive function.

Another chemical which raises cause for concern in disposable diapers is sodium polyacrylate, which supplies the absorbent component of the diaper. This chemical is made of cellulose from trees combined with polyacrylate crystals.

It can be seen as little gel crystals on the skin of babies in the diaper area, and is believed to be associated with respiratory problems and skin irritation. This same chemical used to be used in manufacturing tampons and was removed because of toxic shock syndrome fears.

Another toxic chemical in disposable diapers is tributyl-tin (TBT). The EPA states that this toxic substance is extremely hazardous to aquatic life forms. It is also believed to cause hormonal disruptions in aquatic creatures. TBT does not degrade; therefore, it remains in the environment.

When it comes to cloth diapers, the primary health concern are rashes. Sometimes a baby’s skin can develop an allergic reaction rashes from colored dyes in diapers. These rashes can be easily avoided by changing to dye-free diapers.

A big lingering concern in most parent’s minds is that cloth diapers may promote diaper rash more than disposables. Diaper rash can be brought on by many things including friction, urine, moisture, feces, and yeast. While it may be true that disposable diapers draw away much of the moisture, cloth diapers just require more frequent changes to make them equally effective.

“Most pediatricians do feel that disposable diapers prevent irritation and diaper rashes. That’s because they keep the baby’s bottom drier,” says Tanya Remer Altmann, MD, FAAP. “If you’re good about changing your baby’s diaper very frequently, as we recommend that parents do, you can prevent diaper rash with both types of diapers.”

Where does your family stand on the great diaper debate?