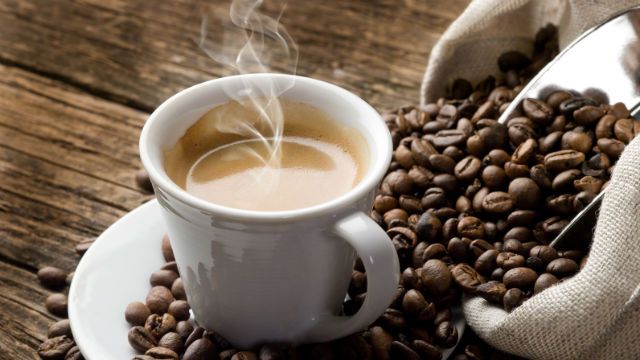 Millions of people worldwide begin their day with a piping hot cup of coffee. In fact, over 54 percent of American adults either brew their own blends each day or hit the coffee shop for their caffeine fix. We know it tastes good, but could your morning cup actually make you happier?

Researchers at the Harvard School of Public Health investigated a link between depression and caffeine consumption. They studied the habits of over 50,000 female participants in the Nurses’ Health Study over the course of ten years.

The participants had no prior history of depression at the beginning of the study, yet at the ten-year follow up those who consumed more caffeinated coffee beverages experienced a decreased risk of depression as compared to those who weren’t avid coffee drinkers.

Interestingly enough, the decreased risk was dose-dependent, meaning that the more caffeine participants consumed, the more their risk for developing depression dropped.

Researchers conclude that more studies need to be done before they can claim caffeine works as an antidepressant, especially since previous research has linked higher doses of caffeine with increased instances of anxiety and depression. Yet these new studies may discredit caffeine nay-sayers.

Other research regarding caffeine and depression risk has established a link between long-term caffeine use and decreased instances of depression in lab rats exposed to chronic stress. Further research is in the works, but there’s no reason right now not to pour yourself an extra cup or two once in a while.

If you still need another reason or two to enjoy a freshly-brewed cup each morning, here’s a few to consider.

A morning cup may help alleviate chronic pain associated with computer work. In a recent study, 48 participants were asked to perform a 90-minute computer-based assignment. Twenty-two participants had suffered from chronic neck and shoulder pain in the past while the remaining 26 had no pain history.

Forty percent of the participants consumed caffeine prior to beginning the task, while the remaining 60 percent abstained. Based on pain-rating questionnaires, the coffee-drinkers experienced considerably less pain development over the 90-minute work session than those who tackled the project caffeine-free.

Caffeine may decrease the risk of skin cancer development. Research has indicated that caffeine can inhibit a skin protein enzyme known as ATR. While caffeine’s high antioxidant levels have long been touted to combat several forms of cancer, linking the antioxidant effect with inhibited ATR production has proven to reduce the likelihood of developing skin cancer at the molecular level.

Researchers note, however, that the anticancer effect works best at a pre-cancerous stage before fully formed tumors develop. So don’t abandon your beach umbrellas and visor just yet, but don’t be afraid to order an iced brew when sitting poolside this summer.
A few javas daily may just prolong your life. 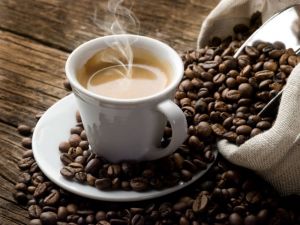 In a recent study published in the New England Journal of Medicine, coffee-drinkers were found to live longer lives and have a decreased risk of dying from heart-disease, respiratory disease, stroke, injuries and diabetes than non-coffee drinkers.

While researchers aren’t entirely sure of the exact mechanism between coffee drinking and increased life expectancy, they did find a correlation between higher consumption and decreased risk of death. So if you’re debating that extra cup of morning brew, research indicates it just may be OK to sip away!