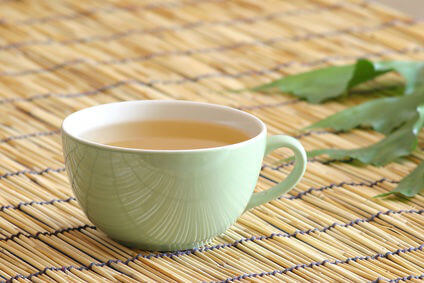 Study Conclusion: “A combination of honey and coffee can be used as an alternative medicine in the treatment of PPC. “

In a recent article we discussed some natural alternatives for dealing with a sore throat. Now, a remarkable study published in the Primary Care Respiratory Journal gives us a natural alternative for that annoying cough that often lingers after a cold or respiratory infection.

It is not likely that you will be given this natural option if you visit your healthcare practitioner but rather you will probably come home with a prescription. Typical treatments may include the use of strong drugs, many of which have serious side effects, including codeine and dextromethorphan, antihistamines, bronchodilators and narcotics.

If you are interested in avoiding the possible side effects of taking a prescription medication consider the results of this new study that tells us that a mixture of coffee and honey is equally, if not more, effective as a steroid cough syrup for silencing a persistent post-infectious cough (PPC).

A post infectious cough is one that lasts for three to five weeks after a common cold or respiratory infection. This is the cough that keeps you up at night and interferes with your normal daily routine. A cough such as this can make you tired, irritable and is nothing short of very annoying.

The study compared the effectiveness of a systemic steroid medication and honey plus coffee to treat this lingering cough. Ninety-seven adults who had PPC for at least three weeks were divided into three groups.

One group received a jamlike paste made from coffee and honey, another group received a steroid medication (prednisolne) and a third group received a non-steroidal cough syrup (guaifenesin). Study participants were instructed to dissolve a certain amount of the given treatment in warm water and consume once every 8 hours for one week. Cough frequency was measured.

Study results clearly demonstrated that the group who took the coffee and honey mixture had the greatest decrease in cough frequency and researchers noted that this combination was the best treatment choice for PPC.

According to study leaders, “Each year, billions of dollars are spent on controlling and trying to cure cough while the real effect of cough medicines is not quite reliable. Even though PPC is reported to account for only 11–25% of all cases of chronic cough and it is not associated with disability and mortality, it can cause morbidity and is responsible for medical costs…”

This study adds to a rapidly inflating body of biomedical research that indicates the power and potency of natural substances including spices, herbs, vitamins and foods. Not only are they being found to be equally as effective, but also superior in efficacy when compared to synthetic drugs – not to mention the fact that they are almost always less expensive!

The Problem: They are not patentable!