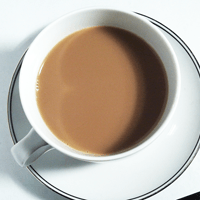 Coffee can give you the shakes, but caffeine seems to have the opposite effect in people with Parkinson’s disease, helping to relieve tremors and get them back on the move.

In the past, caffeine has been shown to reduce the risk of Parkinson’s, but its effects have never been tested in people who already have the disease.

Ronald Postuma, of McGill University in Montreal, Canada, and colleagues gave 61 people with Parkinson’s a 6-week course of pills containing the caffeine equivalent of about three cups of coffee every day, or a placebo.

Only people in the caffeine group showed a significant improvement in tests for motor problems, such as the severity of their tremors, and general mobility (Neurology)

Drugs that target adenosine receptors are already in clinical trials but caffeine could provide a cheaper alternative.