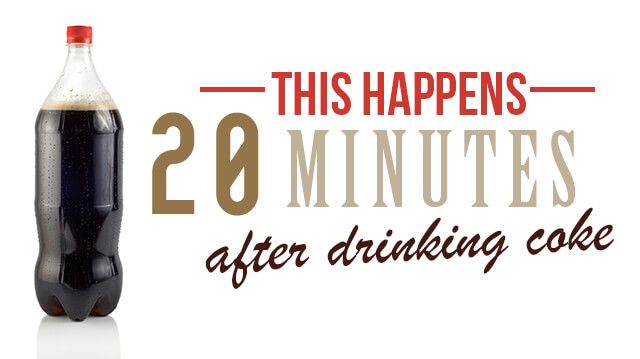 Drinking Coca-Cola is as American as apple pie, football and fireworks on the 4th of July. Unfortunately, the negative health effects of drinking Coca-Cola are often sidestepped or even ignored since it has become so commonplace in American culture.

I was actually surprised at the limited information I found when hunting for academically sound journal articles discussing the health issues associated with drinking Coca-Cola. It shocked me a bit, and it may shock you to know that the Coca-Cola company is aware of the health issues its beverages may cause. In Coca-Cola’s 2014 annual financial report, it was noted, “Obesity concerns may reduce demand for some of our products.” The report went on to only discuss the pitfalls of their problems relating to profits and not address health concerns.

The health issues associated with drinking Coca-Cola are not only homegrown problems anymore. According to research conducted in 2006 and published in the American Journal for Clinical Nutrition, Coca-Cola is everywhere and harming everyone. The study found, “The growth of American food companies has certainly spread across the globe. Coca-Cola products are sold in >200 countries.” The numbers are alarming and many of those 200 or more countries may lack the dietary education infrastructure to inform people about the health issues Coca-Cola may cause.

So what does drinking Coca-Cola actually do to you?

According to a 2007 study conducted by the Nutrition Research Center, Coca-Cola’s unhealthy effects take action within 20 minutes of consumption. Within 20 minutes, your body receives a jolt to its daily value (DV) of sugar and your blood sugar levels go haywire. This puts stress on your liver as it rushes to convert that overload of sugar into fat.

Within 40 minutes, your blood pressure increases and your adenosine receptors shut down causing that “wide awake rush.” After 45 minutes, you will experience a rush of dopamine and experience the good feeling a heroin addict may associate with their pleasure hunt. After you reach the 60-minute mark, you will inevitably begin to crash as you become dehydrated from urinating your nutrients away, due to Coca-Cola’s diuretic effect.

It may seem fine and dandy to enjoy a Coca-Cola with burger and fries on your lunch break, but what is the long-term cost? Obesity, diabetes, and kidney failure are all among the chronic diseases Coca-Cola soft drinks may cause. Coca-Cola also lowers sperm count in men, along with a plethora of illnesses attributed to the unknown contents in each can. Let’s take a closer examination of the unhealthy effects that may lurk in those shiny, “American Red” cans.

1. Increases your risk for obesity and diabetes

Obesity has become an epidemic, not only in America, but also around the world. Obesity has been linked to several serious health problems, including hypertension, diabetes, heart disease, stroke, cancer and infertility.

The Centers for Disease Control and Prevention (CDC) states, “Obesity-related conditions include heart disease, stroke, type 2 diabetes and certain types of cancer, some of the leading causes of preventable death.” Preventable death is the key word here, meaning that you can make the choice to be healthy. That choice may be to skip those afternoon sodas at your desk.

According to the CDC, almost 35 percent of the United States population is obese. The data suggests that approximately 78.6 million people are on track to possibly develop one or two of the diseases associated with obesity. Type 2 diabetes is already one of the country’s top killers. An interesting fact is that 86 million people have prediabetes, a number pretty close to the 78.6 million people who are obese.

The Coca-Cola company knows that the increasing awareness of obesity may cut into its profits. The 2014 annual report states, “Negative publicity resulting from actual or threatened legal actions against us or other companies in our industry relating to the marketing, labeling or sale of sugar-sweetened beverages may reduce demand for or increase the cost of our sugar-sweetened beverages, which could adversely affect our profitability.”

2. Caffeine and sugar, with a side of aspartame — potentially a recipe for cardiovascular disease and cancer

Caffeine, sugar and aspartame, oh my! There is no denying the overwhelming amount of sugar and caffeine that a 12-ounce can of Coke contains. One can of coke delivers 39 grams of sugar to your heart, bloodstream, liver, kidneys, and all the other vital organs in your body — your temple.

Consuming high amounts of sugar has been directly linked to obesity, and high sugar intake may lead to serious cardiovascular effects as well. A 2011 study published in Hypertension discusses the effect sugar has on cardiovascular health. The study found, “The obesity epidemic has focused attention on relationships of sugars and sugar-sweetened beverages (SSB) to cardiovascular risk factors.”

In addition to the caffeine and sugar in Coca-Cola, there is another lurking evil called aspartame. Aspartame is a frightening artificial sweetener that has been researched for its link to cancer. But with billions of dollars at stake, corporations are well known for their tendencies to sweep unhealthy ingredients under the mat, so to speak.

The American Cancer Society discusses aspartame, yet no real conclusive evidence has been brought to light concerning aspartame’s link to cancer. The American Cancer Society has compiled a list of possible aspartame health complaints on their website: “Claims have been made that aspartame is related to health effects ranging from mild problems such as headache, dizziness, digestive symptoms, and changes in mood, to more serious health issues such as Alzheimer disease, birth defects, diabetes, Gulf War syndrome, attention deficit disorders, Parkinson disease, lupus, multiple sclerosis, and seizures. However, studies done to date have not found any consistent evidence of harm.”

While the evidence concerning aspartame’s ill effects is, as yet, inconclusive, it is certainly a highly controversial topic and one that seems to put profits before health. What is clear, however, is that consuming artificially engineered products of any kind is not beneficial to our well-being.

The regular consumption of Diet Coca-Cola may cause a decrease in kidney function, which can subsequently lead to kidney failure. A 2009 paper, presented at the annual meeting of the American Society of Nephrology in San Diego, discussed research pertaining to the link between artificially sweetened drinks and decreased kidney function. The paper’s authors, Julie Lin MD and Gary Curhan MD of Brigham and Women’s Hospital, studied 3,000 female participants over the span of 11 years. They noted, “a significant two-fold increased odds, between two or more servings per day of artificially sweetened soda and faster kidney function decline.”

Whether it is aspartame or not, consuming artificial sweeteners is dangerous for your health, and especially your kidneys. It goes without saying that kidney failure dramatically impacts quality of life: days filled with dialysis and evenings overloaded with stress and worry. Drinking soda, whether it’s Coca-Cola or not, is just not worth the long-lasting health risk.

4. Increases your risk for metabolic syndrome

Metabolic syndrome has been a trending topic over the last few years and for good reason. The increased cases of chronic diseases and health problems associated with metabolic syndrome are not only lifestyle changers, but deadly. Coronary heart disease, stroke, diabetes, high blood sugar, hypertension, obesity and heart attack are all linked to metabolic syndrome.

According to the National Heart, Lung and Blood Institute, “The term ‘metabolic’ refers to the biochemical processes involved in the body’s normal functioning. Risk factors are traits, conditions, or habits that increase your chance of developing a disease.” Metabolic syndrome is a deadly path you don’t want to find yourself going down.

With almost all things health-related, you can take preventive measures to make sure you stay healthy and happy — and far from the perils of metabolic syndrome. These preventive actions would include ditching your daily Coca-Cola habit and maybe enjoying some of nature’s life-giving water instead. Maybe drinking a Coca-Cola every now and then might not be so bad; however, it’s important to take note of the link that research has found between chronic soda drinking and metabolic syndrome, including issues relating to cardiac function.

A 2011 study published in the World Journal of Cardiology discusses the link between soda and serious health conditions in rats. The study found, “In the present study, long-term drinking of regular cola beverage resulted in weight gain, mild hyperglycemia and marked hypertriglyceridemia. Changes in plasma triglycerides were also associated with the consumption of diet cola.” The same study also noted that after switching from soda to water, many of cola’s adverse effects were somewhat reversed. This may be a good indicator to start drinking more water — there’s still hope!

5. May be linked to erectile dysfunction 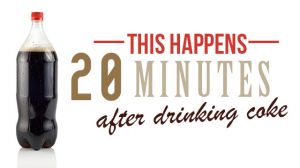 Erectile dysfunction, or impotence, can lead to some serious psychological issues in men, including stress and low self-esteem. This can be a huge burden on any relationship and can hinder the possibility of future relationships as well. To get to the heart of the matter, erectile dysfuncion is associated with obesity, hypertension, diabetes and metabolic syndrome, all serious health problems possibly linked to drinking Coca-Cola.

A 2011 study published in the Central European Journal of Urology discusses the association between soft drinks and erectile dysfunction. Researchers found key markers with regards to diabetes, hypertension, ischemic heart disease and other vascular or weight-related issues correlating with erectile dysfunction. The study states, “In light of the facts presented in this paper, high soft drink consumption should be included in constitutive erectile dysfunction risk factors.”

What is in your fridge or on your desk at lunch? Have I enjoyed an ice-cold Coca-Cola while devouring a Big Mac? Yes, of course. But I do believe in changing dietary patterns in order to live a healthier, happier and longer life. If you don’t gather the facts about what you are eating and drinking, you may not be 100-percent informed about the increased risks you are exposing yourself to. Making simple diet and exercise changes has been noted time and time again in the academic research we find for you, our Alternative Daily audience. Are you ready for change?