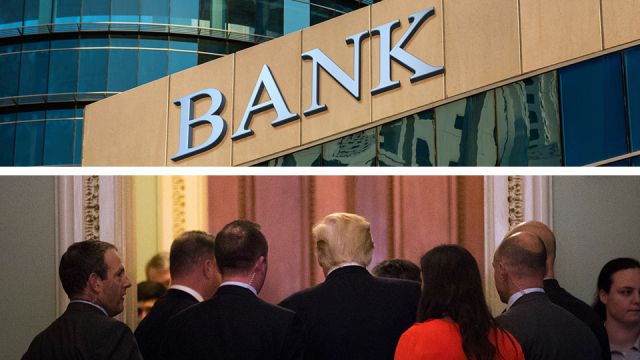 Congress voted Tuesday to allow financial institutions to grant themselves almost complete immunity from lawsuits brought by disgruntled customers. The vote struck down a rule originally proposed by the Consumer Financial Protection Bureau (CFPB) in July, which would have banned banks and other financial institutions from requiring customers waive their rights to sue.

The CFPB’s rule would have been a major blow to the use of mandatory arbitration clauses, which force customers to resolve disputes with financial service providers outside the courtroom. These causes are often found buried in the fine print of contracts for common financial services, including credit cards and savings accounts.

Supporters of mandatory arbitration argue it’s good for customers in the long run; they argue that if customers can’t sue, then banks will have more spare cash to spend on improving their services. Critics, however, argue consumers should have the right to take legal action against unscrupulous banks, and say forced arbitration makes it almost impossible for clients to defend themselves from misconduct from their financial institutions.

A ‘big wet kiss’ for Wall Street or overdue victory for everyday consumers?

The CFPB’s rule was yet to be implemented nationwide when it was struck down by the Senate late Tuesday night, following months of what Washington insiders say was intense lobbying by financial lobby groups.

“This bill is a giant wet kiss to Wall Street. Bank lobbyists are crawling all over this place, begging Congress to vote and make it easier for them to cheat consumers,” Democratic Senator Elizabeth Warren stated ahead of the vote.

“By repealing this rule, Congress is standing up for everyday consumers and community banks and credit unions, instead of the trial lawyers, who would have benefited the most from the CFPB’s uninformed and ineffective policy,” the White House said in a statement.

“Tonight’s vote is a giant setback for every consumer in this country,” Cordray said.

“Wall Street won and ordinary people lost. This vote means the courtroom doors will remain closed for groups of people seeking justice and relief when they are wronged by a company,” he argued.

The vote itself passed largely along party lines, with all Senate Democrats opposed, while most Republicans voted in favor. Two exceptions were Republican senators Lindsey Graham and John Kennedy, who joined Democrats in opposing the strike-down of the CFPB rule. The two dissenters momentarily left the Senate split 50-50, before Vice President Mike Pence cast the deciding vote.

The Trump administration itself has also firmly opposed the rule, with treasurer and former Goldman Sachs banker Steve Mnuchin arguing that banks should be allowed to ban customers from taking legal action. In a report released ahead of the vote, Mnuchin’s department warned that allowing customers to sue their banks could cost financial institutions nationwide more than $500 million in extra legal fees.

“The CFPB’s rule will impose extraordinary costs — generating more than 3,000 additional class action lawsuits over the next five years,” the report warned.

Another former banking industry defender, the ex-Wells Fargo defense attorney Keith Noreika and current head of the Office of the Comptroller of the Currency, likewise warned banks could have been forced to increase interest rates — unless they’re allowed to grant themselves immunity from customer lawsuits.

“Because regulations have real consequences, it is essential that regulators listen to, and carefully consider, those being affected by their regulations,” Noreika said.

Following the vote, Noreika praised the Senate’s decision as a “victory for consumers and small banks across the country.”

“The elected representatives acted to stop a rule from going into effect that would have likely increased the cost of credit for hardworking Americans and made it more difficult for small community banks to resolve differences with their customers without achieving the rule’s goal of deterring future financial abuse,” he said.

So what do you think? Should you be allowed to sue your bank if they do something wrong, or would this create an expensive burden on the financial industry? Give us your two cents in the comments below.