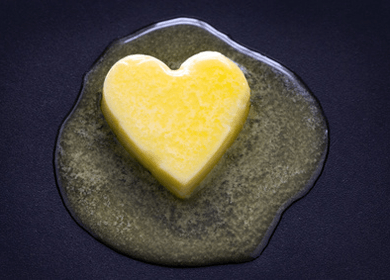 It may come as a surprise to learn that eating foods high in saturated fat such as meat, milk, eggs, butter and cheese are not necessarily the causes of high cholesterol and heart disease as was originally thought. 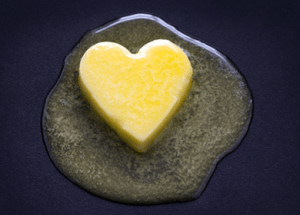 Numerous studies have been conducted that have been unable to provide any conclusive evidence that consuming foods high in saturated fat leads to heart disease. One study that spanned the globe studied the diets of the Maasai tribe of Kenya, the Eskimos in the Arctic, and the tribe of the three atoll islands off the coast of New Zealand, and found their diets consisted of more than 66 percent of saturated fat. And, yet, they have the lowest risk of heart disease.

These modern day tribes do not grow their own food, they have no wheat, rice or corn and can only obtain low amounts of carbohydrates such as seeds, nuts and fruits due to their geographic location. Therefore, as hunter-gatherers their diets consist mainly of animal fats.

At one time we adapted to eating a diet high in fat and low in carbs without any increased risk of heart disease. Today, we are told to consume a low fat diet and eat more carbs yet, heart disease is the number one killer in this country despite eating a lower fat diet.

Further studies revealed that those on the low-fat high-carb diet produced more fat that is bad for you from the carbohydrates especially starch and sugar. The more carbs you eat the more your blood sugar or insulin levels will rise. In turn, your liver will convert this excess sugar into triglycerides or fat.

By monitoring the type of carbs you eat one can keep their insulin levels down which will limit the amount of internal fat you produce and allow you to burn more of the good fat you eat for energy.

Overall, leading a consistently healthy lifestyle involves burning more calories than you take in, exercising on a regular basis, breaking bad eating habits, and eating good carbs from alternative sources (not wheat based) and saturated fats in moderation, especially if those foods are natural or organic. This will greatly reduce your chances of increasing the bad LDL cholesterol and diminish your chances of getting heart disease in the future.