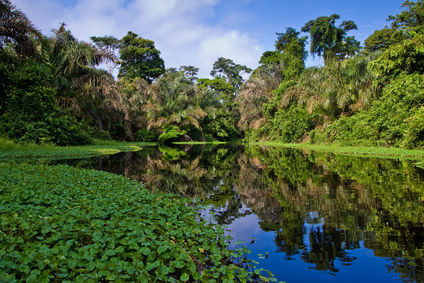 A research team from Princeton University recently created a high-resolution model that allowed them to predict what the effects of the Amazon rainforest’s destruction might be on the climate of parts of the United States. Their results signify that without the rainforest, the United States could be in for a lot of trouble.

To create their model and analysis, the researchers factored in what would happen to the environment of the western United States if the rainforest was entirely cut down. According to the study’s first author, assistant professor of geoscience David Medvigy, this was done to exaggerate the destruction needed to create a “noticeable effect.”

Results of the analysis showed that without the Amazon rainforest, the coastal Northwest could experience 20 percent less rainfall. Also, the Sierra Nevada snowpack, which is an important water source for much of California, could be reduced by 50 percent.

The researchers liken this pattern to the effects of El Niño, except that dry air would be over California in the winter instead of the usual rain. The dryness is hypothesized to linger over the western United States between December and February, potentially leading to water and food shortages, as well as to a higher risk of forest fires.

Medvigy says, “we don’t know what the world will be like without the Amazon. We know exactly what happens with El Niño – it’s been studied extensively. Our intention with this paper was to identify an analogy between El Niño and Amazon deforestation. There’s good reason to believe there will be strong climatic similarities between the two.”

He continues, “it just so happens that one of the locations feeling that response will be one we care about most agriculturally. If you change the snowpack in the Sierra Nevada, where most of the irrigation for California’s Central Valley comes from, then by this study deforestation of the Amazon could have serious consequences for the food supply of the United States.”

While today some of the precious Amazon rainforest still remains, it is quickly disappearing, acre by acre. According to National Geographic, about 20 percent of the Amazon has been cleared in just the past 40 years. Both legal and illegal clear-cutting of the land continues, despite environmental efforts, which have slowed the destruction but certainly not stopped it.

Additionally, some research has found that if there is a significant spike in global temperature as a result of global warming, 85 percent of the rainforest could potentially be destroyed.

Aside from the climate issue, which is in itself a cause for great concern, the Amazon rainforest is home to numerous species of plants and animals that are found nowhere else on the planet. Hopefully, the new Princeton study will push lawmakers closer to doing more to protect this environmental treasure.