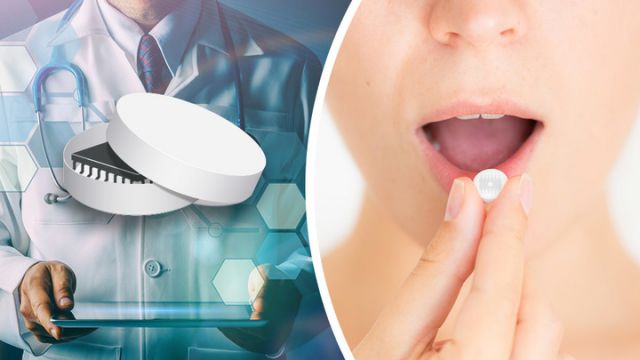 Cindy doesn’t always take her medications as prescribed. That can be a problem because this twenty-something mother of three has been diagnosed with schizophrenia. When she’s on her meds the delusions and paranoia that have plagued since she was a teenager melt away.

Without her pills, Cindy’s thought patterns become disorganized and she cannot function. But sometimes the side effects of Abilify (her antipsychotic medication) become seemingly unbearable.

For instance, the weight gain, blurry vision and constant constipation sometimes push her over the edge. That’s when she conveniently forgets to follow her psychiatrist’s instructions.

The costs of medical non-compliance

In fact, patient non-compliance is a serious issue. Healthcare experts estimate that millions of people do not take their medicines as prescribed and this often results in significantly higher medical costs. The issue is particularly important when patients are being treated for tuberculosis, mental illness or with antibiotics.

However, pharmaceutical companies are working on a new technology involving digital pills (that you ingest), which will allow others to monitor the medications you are taking. Indeed, the FDA recently approved the first drugs that come embedded with sensors.

These capsules, which you swallow, will allow your caregivers (and potentially other third parties) to see if you are taking your medicines as you are supposed to. Industry insiders claim that this new generation of medical devices will improve patient compliance. But some bioethicists believe that this development represents a threat to privacy and a slippery slope to an invasive form of biomedical Big Brotherism.

How do sensor embedded medicines work?

The first capsule to gain FDA approval is called “Abilify MyCite.” It is a pill that patients (like Cindy) ingest, which contain very small sensors (made out of copper, magnesium and silicon) that generate electrical signals when the capsule comes into contact with the gastrointestinal juices. The electrical signals are then picked up by a small patch, which the patient wears, before being transmitted to a Smartphone app.

According to proponents of the technology, the use of this kind of monitoring system will be strictly voluntary and patients may opt out at any time. In other words, no one can be forced to use it.

However, Dr. Peter Kramer, a psychiatrist, worries that insurers may provide incentives to use this technology to such an extent that people are virtually coerced into using it. In his words, the whole concept strikes him like “packaging a medication with a tattletale” built in.

As you might expect, this technology is already sparking debate. Some caregivers suggest this monitoring system could help doctors better manage opioids, which are frequently abused. In addition, it may help the courts and legal authorities keep track of parolees who are supposed to take certain medications as a condition of their release.

However, many bioethicists believe that this technology has the potential to erode personal autonomy, privacy and the mutual trust that is supposed to exist between doctors and patients.

For instance, Eric Buffkin, a senior vice-president at etectRX, a firm that develops these kinds of devices, acknowledges that “I get questions all the time, ‘Hey is the government going to use this, and can you track me?’ Frankly, there is a creepiness factor of this whole idea of medicine tracking.”

Cindy (who we met at the beginning of this article) recognizes she needs help dealing with her schizophrenia. She acknowledges that right now that she’s better off taking her medication, but she has reservations about the tracking system that is supposed to improve her adherence. It seems more than a little crazy to her.

As a result, she is starting to look into dietary changes, After all, scientific studies have shown that nutritional improvements can be beneficial for people with schizophrenia.

These changes include vitamin supplements, a gluten-free diet and consuming plenty foods rich in antioxidants and omega-3 fatty acids. Of course, she’s doing this by working in close consultation with a naturopathic physician. This process makes her feel human again, and not just some package to be tracked.