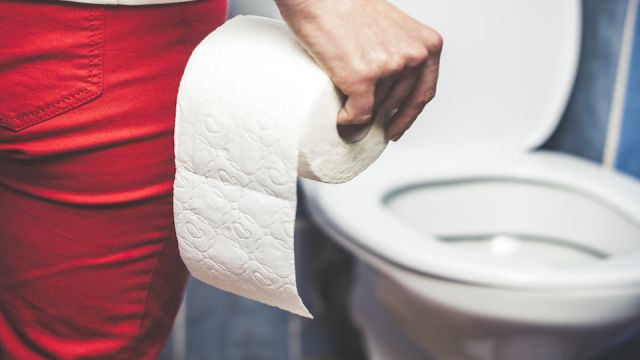 While this may be a gross topic to even think about, it is essential that you get your mind around this. Right to the point… If you don’t close the lid of your toilet after using it you could potentially spray unfriendly bacteria all over your bathroom. No joke!

A study published by the American Journal of Infection Control confirmed that flushing the toilet with the lid open carries certain health risks. Flushing feces or vomit inside the toilet can produce dangerous, infectious aerosols that can hang around in your bathroom for quite some time. Although it has the fancy name of “toilet plume aerosols,” there is nothing at all fancy about spraying these microbes all over your bathroom walls, floors, counters, sinks and yes, even your toothbrush!

When you flush the toilet, aerosol droplets containing microbes are produced. These microbes come from infectious diseases from whatever is in your toilet bowl. Both vomit and feces can contain high concentrations of pathogens such as Shigella, Salmonella, and even norovirus. These pathogens can hang around on surfaces in your bathroom for weeks or even months… Yuck!!

According to the study, the toilet plume could be an important player in the transmission of infectious diseases including norovirus, SARS, and pandemic influenza.

The moral of this story is….

Other BAD Bathroom Habits You Need to Stop

Letting mold build up on your shower curtain. Because mold and mildew thrive on dark, wet surfaces, they tend to grow quickly on shower curtains. Breathing them in can trigger allergy and asthma symptoms. You can prevent this by running a fan while you’re in the shower or opening a window, which allows the air to circulate.

Mold, mildew and even soap scum that is left unattended can potentially cause a serious infection, so it’s important to clean your shower curtain and liner on a regular basis. If it can’t be removed, it’s time to replace it.

Not changing towels frequently enough. Your hand towel harbors bacteria, and when used around the eyes or mouth it can transfer from the towel to you and make you ill. It should be changed at least once a week. Your bath towels should be hung to dry after each use and changed out after three uses.

Washing your hands has been proven as the most effective way to prevent contracting and spreading disease. Don’t use antibacterial soap, which contains potentially harmful compounds and may be ineffective. Instead, use warm water and soap to reduce bacteria on your skin. This lessens your chance of catching a common cold, flu, strep infections, and other illnesses.