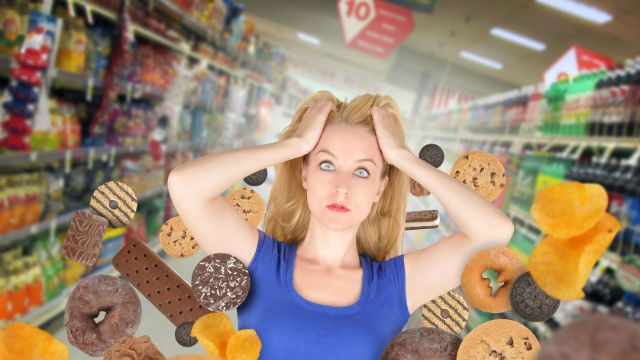 Dr. Dwight Lundell, MD, entered the field of medicine because he wanted to help people. With over 25 years of experience as a world renowned heart surgeon and over 5,000 heart transplants under his belt, Lundell came to the realization two years ago that he had been very wrong about something very important.

Lundell trained for years with other prominent physicians and became known as one of a group of “opinion makers.” People listened closely to what this group had to say about issues concerning heart health.

The group, who attended educational seminars and kept up on the mounting pile of scientific literature, insisted that heart disease was the result of elevated blood cholesterol. The only way to reverse this problem, according to Lundell, was to prescribe medications and an extremely low fat diet. Any departure from these recommendations was viewed as heresy and could even result in malpractice.

Today, in what appears to be a 180 degree turn in thought, Lundell says that the position he and many others once took regarding heart disease is no longer one that is morally defensible. When it was recently discovered that inflammation on the artery wall is what really causes heart disease, a slow, but noticeable, shift in how heart disease and other chronic ailments are treated began to occur.

Those who once thought and promoted the long established way have sadly contributed to obesity and diabetes in our country – two of our most serious health issues in terms of mortality, suffering and negative economic consequences.

Today, over 25 percent of the population take very expensive and dangerous statin drugs and consume very low fat diets. However, more Americans are dying of heart disease than ever before in the history of our country. Doesn’t make much sense, does it?

The American Heart Association tells us that 75 million Americans suffer from heart disease, over 20 million have diabetes and close to 60 million have pre-diabetes. Not to mention the fact that these conditions are impacting younger and younger people every year.

Inflammation is a silent killer

Inflammation paves the way for cholesterol to coat the wall of blood vessels; without it, cholesterol would not accumulate and would move, as it is supposed to, freely throughout the body. However, when inflammation occurs, cholesterol becomes trapped and builds up.
Understanding how inflammation works is not rocket science.

It is your body’s way of naturally handling foreign invaders such as toxins, bacteria and viruses. Inflammation works perfectly unless we chronically expose the body to toxins or food that it was not designed to handle—this creates chronic inflammation as the body shifts into an accelerated defensive mode.

Although those that smoke have made a choice to expose themselves to toxins, many people, who have simply followed dietary recommendations, have increased their bodies inflammatory response because of the misinformation about cholesterol.

Consuming a diet laden with highly processed carbohydrates (flour, sugar and all products made with them) and omega-6 vegetable oils found in corn, soybean and sunflower oils (also in processed foods) is the absolute worst offense when it comes to inflammation.

When you eat foods made with these ingredients, it is like rubbing your skin, over and over again, with a very tough brush until it bleeds. Of course, your skin would be swollen, eventually bleeding and infected.

Without a chance to heal, your skin gets worse each time it is rubbed. This is what happens inside the body if we continue to consume foods we are not designed to metabolize. According to Dr. Lundell, the inside of a damaged artery looks no different than your skin would look if repeatedly brushed.

Although the smell of a warm pastry beckons us, our body sees it as foreign and declares war on it. Foods that are high in sugar or made with refined oils have been a mainstay in the American diet for sixty years and have, as Dr. Lundell says, been “slowly poisoning us.”

What happens to the warm pastry?

You may think twice before eating that warm pastry, but justify your actions by taking a little longer walk or working harder at the gym. Neither of these two activities can do much for what happens once the refined food product enters your body.

When we consume simple carbohydrates such as sugar, our blood sugar spikes immediately. In response, the pancreas dumps insulin (designed to drive sugar into cells where it is stored for energy). If the sugar arrives on a doorstep of a cell that is already full and does not need glucose, it is rejected, and this results in another rise in blood sugar, more insulin and the glucose being stored as fat.

That innocent pastry or any other highly refined food contains sugar and is baked in omega-6 oils like soybean oil so that it will have a long shelf life. Although omega-6 fatty acids are necessary, if they are out of line with omega-3 fatty acids, the body responds by releasing cytokines, which directly cause inflammation to occur.

The ratio of omega-6 to omega-3 fats in the average American diet is as high as 30:1. An optimal ratio is 3:1. The problem is made worse if you are carrying excess weight, as fat cells pour out huge amounts of pro-inflammatory chemicals that add insult to injury. While it may all begin with one warm pastry, it can end in obesity, heart disease, diabetes and even Alzheimer’s disease.

The more processed foods we consume, the more inflammation occurs. However, there is an easy answer, a way to fight inflammation and allow your body to heal itself. The answer is real food.

Colorful fruits and vegetables that are loaded with complex carbohydrates that the body can use for energy will also help to heal damage caused by too many warm pastries. Instead of processed oils, use organic virgin coconut oil, olive oil or butter from grass-fed cows.

Dr. Lundell stresses that we need to forget what he once told his patients; now that we know high cholesterol is not the cause of heart disease, we need to get back to eating real food. Mainstream medicine has made a mistake, and people like Dr. Lundell are willing to accept this and move forward with what is right.

His best advice is to choose foods that your grandmother would have eaten, not those that line our grocer’s shelves. The typical American diet is the biggest silent killer in existence.
Are you willing and ready to make the shift? It could save your life.