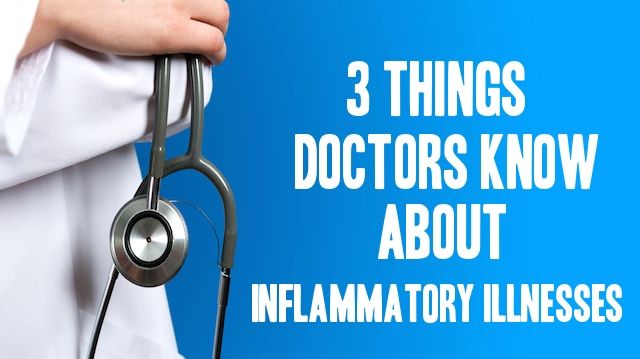 Inflammation can occur on the skin or in the organs and isn’t always central to one location. The spread of inflammation in my body has caused many problems, ranging from hair loss to irregular menstrual cycles. Doctors and researchers are beginning to understand the role inflammation plays in chronic illnesses and the ways diet can reduce it. Here is what they know so far.

Inflammation is the body’s cellular response to injury or illness. In other words, inflammation is actually a good thing. It is your body’s way of repairing itself and making you feel better sooner. When your body swells due to inflammation, internally your organs are trying to clear out the damaged or foreign cells and isolate infected cells to prevent illness from spreading.

This immune response is the life-saving system that keeps you safe from fungus, bacteria and viruses. It works by sending white blood cells and other hormone-like substances to neutralize threats and repair tissue. However, when your body begins to produce excess inflammation due to a persistent stimulus, it can actually make the problem worse by damaging healthy tissue.

Inflammation is considered to be a chronic problem if symptoms persist for over three months. In this situation, your immune system is bombarded with stimulus on a consistent basis. You may experience inflammation constantly or off-and-on throughout your life as triggers emerge.

Chronic inflammation causes more than just swelling, it can damage healthy cells and wreak havoc on major bodily systems, including cardiovascular, endocrine, digestive and central nervous systems. Your organs and internal systems communicate with each other to ensure a healthy body. In other words, it’s all connected. If you have repeated inflammation in one part of your body, it can affect other areas as well, triggering inflammatory illnesses.

When white blood cells and hormone-like cells are on constant alert, this can actually prevent your body from healing and cause a wide array of medical issues. Sometimes you can’t see the inflammation or the damage, but feel the effects it has on your body.

Fibromyalgia, multiple sclerosis, autoimmune disease, celiac disease and depression are just some of many invisible inflammatory illnesses that often go unnoticed and undiagnosed for years.

According to Andrew Weil M.D. and a 2012 article produced by Laura Landro of the Wall Street Journal, most chronic diseases have now been linked to inflammation, including cardiovascular disease, Alzheimer’s disease, stroke and even cancer. Chronic inflammation can have some surprising side effects, and it can spread to many parts of your body.

Ever since I was a teenager, I have been battling inflammation. Like many teens, I had really bad acne, oily skin and dandruff. Unlike many teens, I also had excess body hair, even on my face!

From the time I first ovulated until two years ago, I only had one or two periods each year. I was told by my gynecologist that I lack the hormone progesterone, which increases my risk of ovarian cancer and might make it difficult to conceive a child.

Upon transitioning into adulthood, my dandruff and acne disappeared and another symptom began. I started losing my hair rapidly and my scalp was constantly red and in pain. My doctor diagnosed me with inflammation-triggered androgenic alopecia. These may sound like all separate instances, but they have two things in common: hormonal changes and inflammation.

Although hormones are often thought to be separate from the immune system, our bodily systems are intertwined. According to research published in 1996 by the Chang Gung Memorial Hospital’s medical journal, female sex hormones can affect T cells, B cells and mononuclear phagocytes.

Females have more active immune systems than men and are more prone to autoimmune disorders as a result. In fact, female sex hormone receptors are present on immune cells. Annals of Rheumatic Diseases revealed in their 1988 journal that the female sex hormone progesterone is immuno-suppressant and higher levels of progesterone during pregnancy can provide relief for rheumatoid arthritis sufferers.

Anne Underwood’s 2005 report for Newsweek showed that researchers are finding more and more surprising links between inflammatory illnesses. Anne reported, “Suddenly medical puzzles seem to be fitting together, such as why hypertension puts patients at increased risk of Alzheimer’s, or why rheumatoid-arthritis sufferers have higher rates of sudden cardiac death. They’re all connected on some fundamental level.”

Andrew Weil M.D. and the Arizona Center for Advanced Medicine agree that diet, exercise, stress and exposure to toxins can trigger chronic inflammation. Peter Libby, a professor at Harvard Medical School and chief of the cardiovascular medical division at Brigham and Women’s Hospital in Boston, stated in an interview with the Wall Street Journal that chronic inflammation can be triggered by excess body fat, especially visceral fat that is centered in the abdominal area, surrounding vital organs.

These fat cells can produce molecules known as cytokines, which churn out inflammatory molecules. According to Dr. Libby, weight loss alone can reduce inflammation in a matter of weeks or months.

Exercise helps in two ways: it increases blood circulation and it helps you lose weight. While dieting alone can help you lose weight, it is important to note that some foods promote inflammation while others help to fight it. Chemicals, hormones, and artificial additives found in processed, packaged foods can trigger an immune response, cause bloating and encourage weight gain. This is true for artificial and processed foods found in grocery stores as well as fast food chains. On the other hand, some herbs and spices can help with inflammation, such as ginger, cinnamon, turmeric, cayenne pepper and cloves. 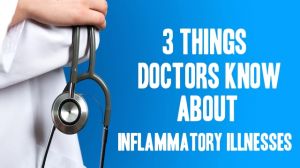 While there are a number of “anti-inflammatory diets” produced by health specialists, there is a common thread in all of them.

He recommends consuming small amounts of dairy and avoiding red meat, butter, sweets and white carbohydrates. The Arizona Center for Advanced Medicine notes that while some fats can trigger inflammation, natural fats from whole foods are actually anti-inflammatory, especially those rich in omega-3 fatty acids.

Annals of Rheumatic Disease published a study in 1988 that demonstrated how omega-3 fatty acids in evening primrose oil and fish oil both continued to help lower inflammation even as the dosage of NSAIDs, or nonsteroidal anti-inflammatory drugs, were reduced.

The Journal of Parenteral and Enteral Nutrition revealed in its September 1999 issue that the soluble dietary fiber pectin and the short-chain fatty acid butylene can help with intestinal inflammation.

Research published in the journal Inflammation Research suggests that flavonoids can fight inflammation due to its antioxidant nature and its ability to slow the production of anti-inflammatory molecules. Flavonoids are found in antioxidant-rich foods such as berries and green tea.

The Research Center for Natural Products and Phytopharmaceuticals at the Netherland’s University of Utrecht found that gallic acid created an anti-inflammatory response in mice that had acute swelling. Gallic acid is found in blueberries, apples, walnuts and flaxseeds.

These and many other studies suggest that antioxidants, omega-3 fatty acids and dietary fiber can help reduce inflammation.

What has worked for me

I have tried many dietary and natural remedies for my chronic inflammation. The most significant changes that have improved my symptoms have been a shift to whole foods and the elimination of gluten. After years of not having a natural period, I began to have periods without a progesterone supplement only one month after giving up gluten!

Now I normally find a small ring of hair in the drain, and rarely is half of the drain ever full. I still have flair ups, but when I do, it is not nearly as painful or embarrassing as it used to be.

Inflammatory illnesses can be genetic in nature, but triggers may vary. Many people in my family, for instance, have inflammatory diseases: fibromyalgia, alopecia, multiple sclerosis and depression. I hope this article can help you and your family live a long, healthy life free from illness and inflammation. If you have any of the disorders or illnesses mentioned in this article, what dietary and lifestyle steps have you taken that have improved your symptoms?